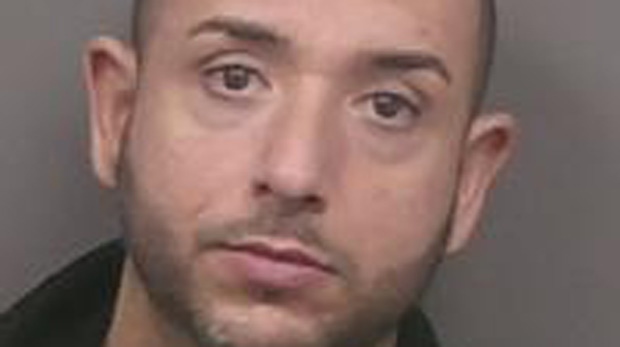 Nicola Nardella, 22, of Toronto is seen in this police handout.

A 33-year-old man has been charged in connection with a voyeurism investigation in Vaughan in which police believe there may involve additional victims.

According to a news release issued on Friday, the investigation began in Sept. 2018 after police received information about a man believed to be sharing videos of sexual encounters with women.

Police said the women did not appear to be aware they were being filmed.

Investigators said the suspect operated an event-planning business in the City of Vaughan called Entourage Entertainment, located on Steeles Avenue, near Islington Avenue.

“A search warrant was executed and officers located multiples disks and thumb drives of video that had been taken inside the business of sexual encounters,” police said in a news release. “One of the victims was identified and confirmed that she was not aware she was being filmed or that the film had been shared online.”

A suspect police have identified as Nicola Nardella of Toronto was taken into custody on Sept. 18 and charged with one count of voyeurism. He is scheduled to appear in court on Jan. 24.

Anyone with information is being asked to contact York Regional Police at 1-866-876-5423, ext. 7441, or to reach out to Crime Stoppers anonymously.