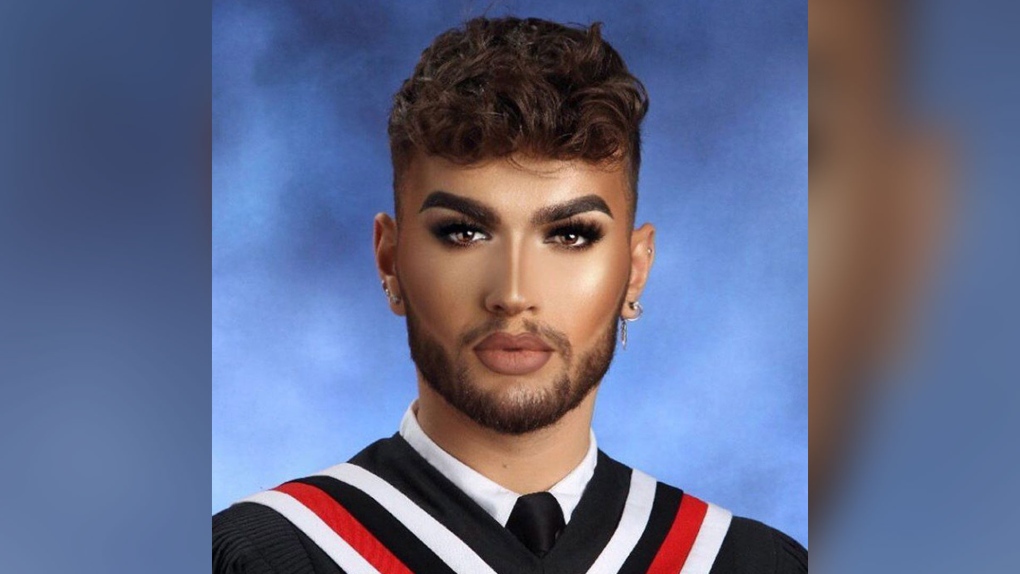 The 18-year-old Toronto makeup artist watched his social media fame skyrocket this week after he posted an image to Instagram with sculpted eyebrows, contoured cheeks, fulsome lips -- and a beard and grad robes.

The shot has amassed more than 20,000 likes in four days.

But Kodra doesn't want his fans to simply admire his work -- he wants them to reconsider their own perceptions. He says he hopes the photos help create an environment where younger kids won't feel pressured to stay within the boundaries of what's deemed masculine and feminine.

"Little boys can wear makeup and lashes, and little girls don't have to have long hair, they can shave their heads or wear sneakers or pants," he says.

"That's what I'm trying to break down, all those barriers that society has put onto a lot of people."

Kodra says he first started playing in his mom's makeup bag when he was around seven years old, and by the time he was a teenager he was crafting her face himself.

As his skills developed, encouraged by practising on his friends' faces, he launched an Instagram account with tutorials and inspirational looks.

When graduation photos rolled around earlier this year, he decided to construct a fierce look that reflected his online persona.

"All my other yearbook photos were really rough," he says.

"When I realized I should just wear makeup and feel the best, I decided I should treat my yearbook photo as another Instagram post."

After a digital touchups, which he did himself, the final image was complete.

Kodra says he's already arranged for the glossy look to appear in his high school yearbook.

He also made a statement online after reception to the photo spread fast between friends and strangers.

His Instagram post, written for his 18th birthday, came with his proclamation that "17 was a wild year."

"I made memories that I'll never forget," he wrote in part. "Thank you to everyone who was by my side every single day."

Social media has experienced a surge in creators over the past few years who are dedicated to showcasing their work on male faces.

YouTuber James Charles gained attention two years ago when he remade his grad photo with a contoured cheek. The sudden attention got him booked for a guest appearance on "The Ellen DeGeneres Show."

Kodra notes the concept of men wearing makeup isn't exactly new. He points to legendary rockers Kiss as one act that's toyed with costumed looks and credits Green Day with their more conservative approach to makeup with their trademark black eyeliner.

He can't explain why celebrity men seem to have stopped experimenting with makeup in the mainstream.

"But I would like people to start thinking that make-up is... a thing to enhance, make you feel better about yourself and express your art."

Kodra says he's already been contacted by people inquiring about his rates for wedding and prom makeup.

He says none of them have been men.