Toronto Humane Society (THS) staff say they are “heartbroken” after a van critical to their work was stolen.

“This van was more than just a van. It was a rescue tool, a mobile lifeline that has carried hundreds of animals to safety, to security, and to the start of something new,” the non-profit organization said in a news release issued Tuesday.

Aside from the transportation of rescue animals, the van was also used to deliver pet food and attend community events -- all efforts which have been hampered by the theft, Hannah Sotropa, assistant manager of communications at the THS, told CTV News Toronto in an interview.

Most recently, the van was used to transport a tiny puppy with a broken leg and a senior dog with medical complications.

No staff or animals were harmed during the break in, according to THS. Additional security measures have since been put in place to protect staff and animal safety for the immediate future.

A loss this size would hurt anyone. But for a charity which relies on people’s goodwill and generosity. Our safe-living capacity has been cut short and we are left wondering how we’ll respond to the next emergency.💔
~
Link in bio "break in"https://t.co/iQDAkFnAy5
Please share! pic.twitter.com/rWRwWYfqsl

In addition to the van itself, Sotropa said, a number of other key pieces of equipment were stolen, including walkie-talkies, an industrial vacuum, and a pressure washer.

Toronto police confirmed to CTV News Toronto they are investigating the incident.

THS said that officers attended the facility on Tuesday morning. 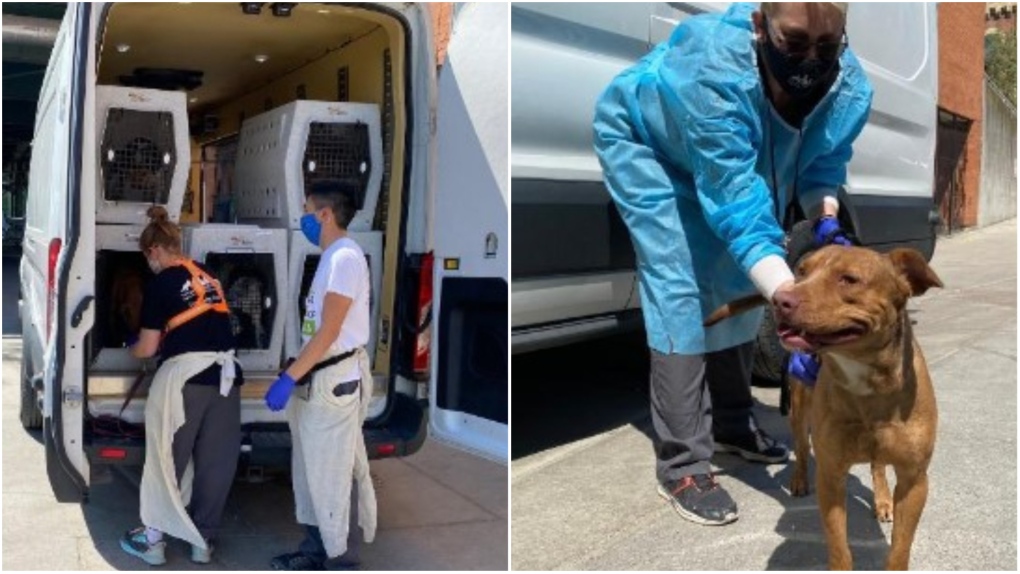 A van used by the Toronto Humane Society for rescue animal transportation is seen in these images. (Instagram/toronto_humane_society)

“It's not a small expenditure, especially for a non-profit who, you know, rely solely on the generous support of our donors and supporters,” she said.

In an effort to recoup their losses and buy a replacement rescue van, THS has set up a fundraiser where individuals can donate.

“Asking for your help now feels strange because of the intensity of emotions that arise when we think of this unfortunate event. But the need has never been more urgent,” the news release continued.

In the meantime, THS said it will be forced to rent a van and lean on its other vehicle, which is not dedicated to animal rescue transfers, to support its work.