TORONTO -- A Toronto hospital has announced plans to take over temporary management of a Scarborough long-term care home that is battling a deadly COVID-19 outbreak after medical doctors and Ontario's Opposition called for urgent action.

North York General Hospital released a statement Wednesday evening, saying that the province has requested that it work with the Tendercare Living Centre to finalize a voluntary management agreement.

The news comes after the Ontario NDP issued an urgent plea Wednesday morning to demand that the province intervenes at the home, saying the outbreak has infected at least 145 of the 254 residents and has led to at least 26 deaths.

"I am echoing the pleas for help from residents' families and doctors, who are calling the situation at Tendercare a nightmare scenario, with workers spread so thin that sick and dying patients aren't getting regular care," Scarborough MPP Doly Begum said in a statement Wednesday morning.

"It's clear the (Doug) Ford government must step in immediately and have health leadership take over this for-profit home. Lives are at stake and there isn't another minute to waste."

A Toronto doctor, who spent time at the home after she responded to an emergency request for help, told CTV News Toronto on Tuesday that the situation is “dire,” and that residents need help immediately in order to save lives.

“If you don't have enough personal support workers, then you can't take care of people. You can have food delivered, but somebody has to help you actually eat it."

She has called on the Ontario government to bring the military into the home as it did for others during the first wave, a move that helped save lives and stabilize homes that were dealing with large numbers of infections and deaths.

"They cannot get the care that they need. Not even close," Mathew said. "There are preventable deaths here and if we just get enough help immediately, then we can do something."

The NDP wrote in the news release on Wednesday that doctors at Tendercare are reporting multiple residents suffer from severe dehydration because there are not enough staff members to help them eat and drink.

The home has said it has requested help from local hospitals and Ontario Health to deal with staffing issues. The home has called the outbreak "extremely trying" and "difficult to mitigate when case rates in the surrounding community are high." 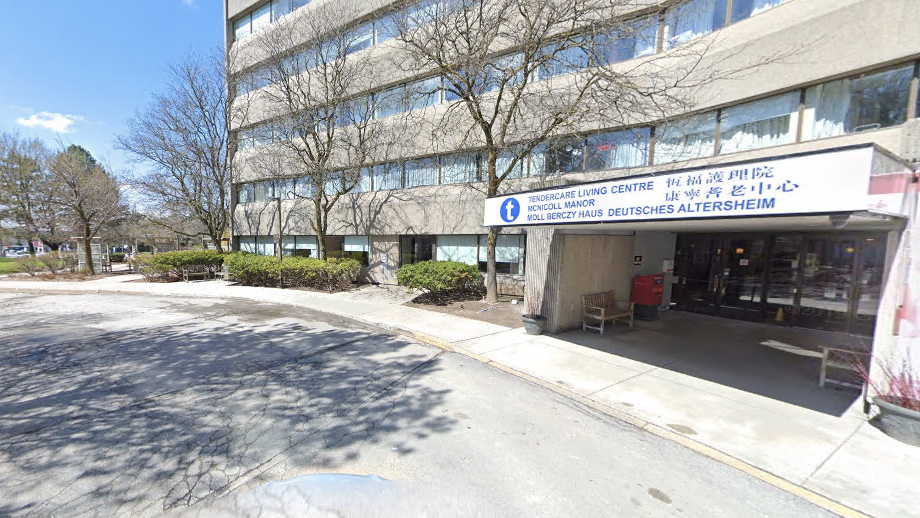 A spokesperson for Tendercare told CTV News Toronto that it’s working currently to finalize a management agreement with the North York General Hospital, which has been assisting the home since Monday.

“Our teams will be collaborating with the physicians, clinicians and infection control experts provided by North York General Hospital to clear the virus from our home as quickly as possible, while reducing the current pressures on our staff as they work to care for our residents,” the home said Wednesday afternoon.

In the statement on Wednesday morning, The NDP asked Premier Doug Ford to bring temporary management to the home in order to deal with the outbreak sufficiently.

Toronto’s Medical Officer of Health Dr. Eileen de Villa told reporters at a news conference on Wednesday morning that all options on how to deal with the outbreak at the home were on the table.

“People do need to explore the full range of control options,” she said. “I am happy to speak with the team around what is happening specifically at the home, what the options are, and what makes the best sense."

A spokesperson for the Minister of Long-Term Care Dr. Merrilee Fullerton said in a statement Wednesday that the province remains “committed to doing everything we can, along with our partners, to help stabilize the homes and have them return to normal operations.”

The government did not provide details on whether or not it was taking any other immediate action, including asking for military support, to deal with the outbreak at the home amid the urgent requests from medical professionals and the official opposition.