TORONTO -- Torontonians are getting their first glimpse of what it will be like to ride on the long-awaited Eglinton Crosstown LRT.

Construction on the 19 kilometre project began a decade ago, in 2011. This month teams are testing trains with the hope the line will be ready for passenger travel in the later part of 2022.

CTV News Toronto took part in a tour Tuesday around the Science Centre Station at Don Mills Road and on a train eastward to Birchmount Station. 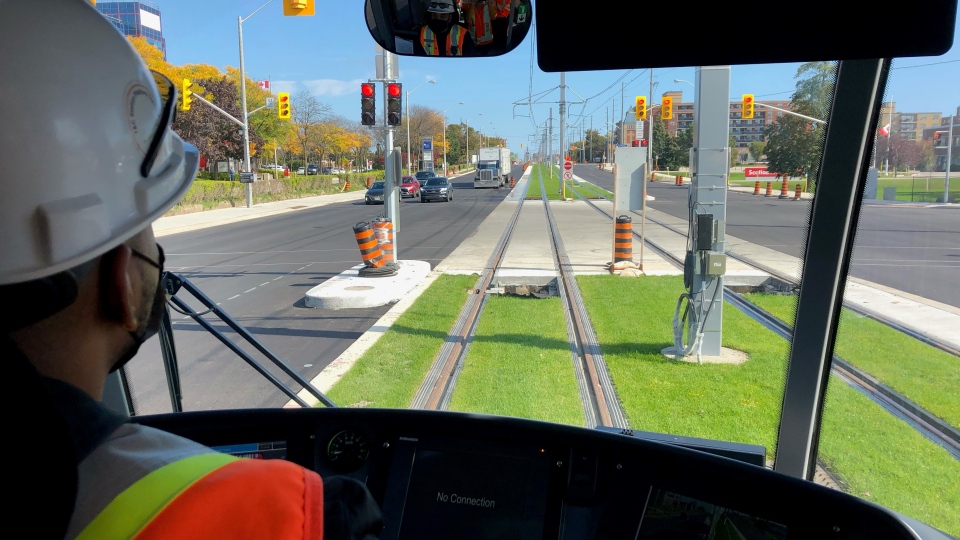 “You have a lot of people waving at us, photographs, we even have cars pulling over, waiving, our drivers are told to acknowledge them and sound the horn,” said operations manager Pat Sabino.

The train itself is the newest generation of the same Toronto streetcars used around the city but with upgrades. They include doors on both sides and an integrated communications system with the subway line and GO Transit in event of issues. 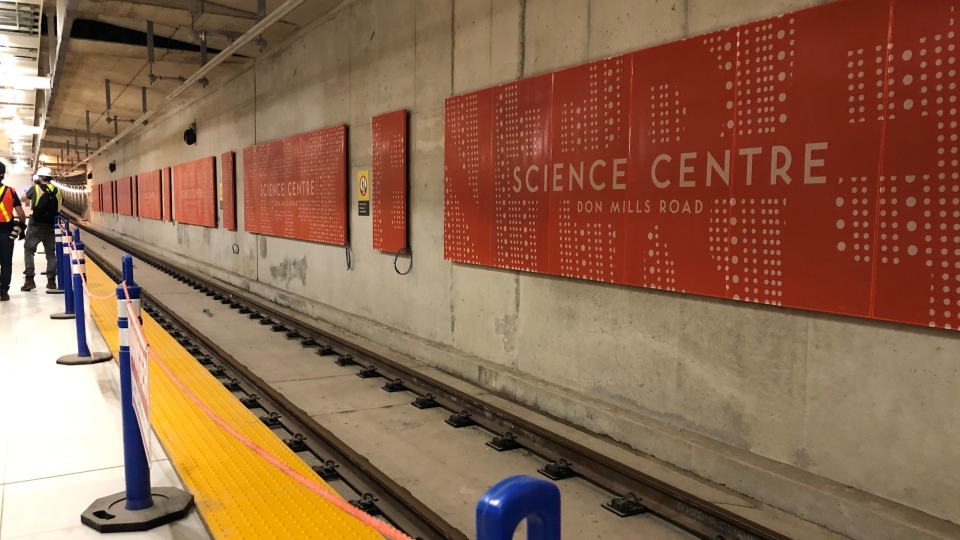 “The real benefit of the LRT to the new riders will be how quickly they will be able to traverse from one side of Eglinton to the other, so from Don Mills to Yonge it will take you about 10 minutes,” said Metrolinx President and CEO Phil Verster.

The agency says of the 25 stops, 15 are underground, and close to a dozen of those are 90 per cent complete. 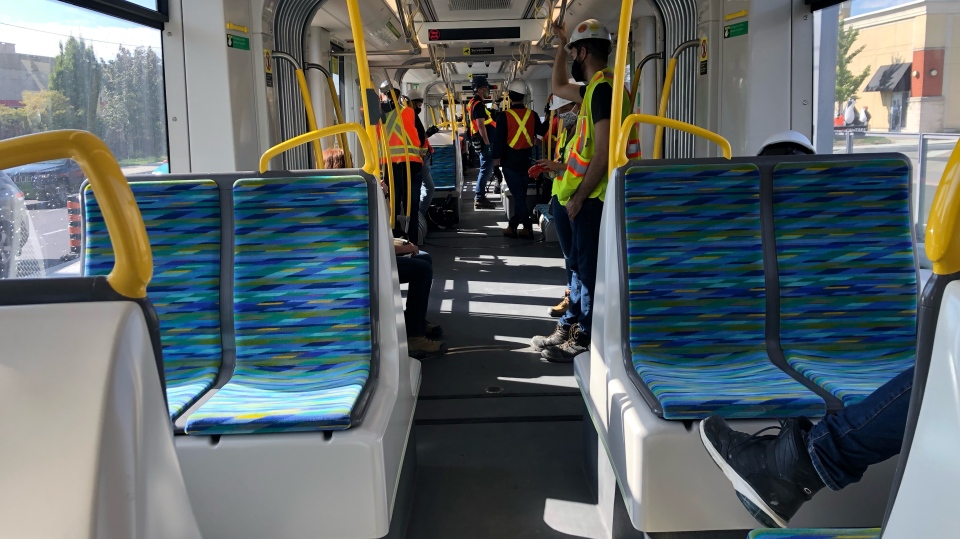 The feeling created before boarding, a source of pride for those who made it a reality.

Science Centre Station manager Enzo Ocampo said his favourite part of the station is the platform.

“It looks very nice. When you see the train coming and you see the full surroundings, you say ‘Oh this is wonderful’,” Ocampo said. 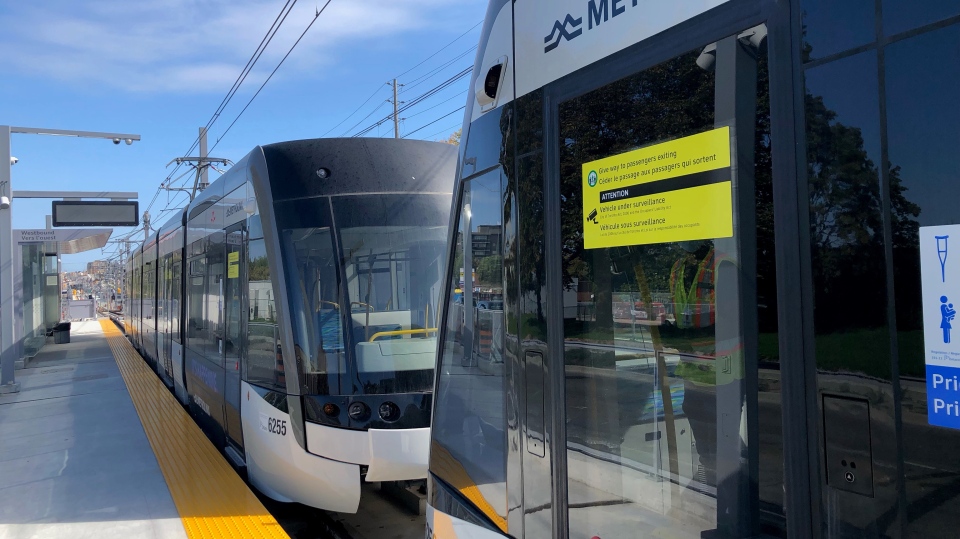 When passengers do travel they’ll notice other differences. PRESTO machines will be at stations, not on trains, and they'll see a lot more green on their trip. Sixty per cent of the track bed from Brentcliffe to Kennedy will have grass, not concrete.

Each car is able to transport about 170 people. Two cars are attached to make a train, which means they’ll be able to carry about 340 people at a time.

“They can hold twice as many people. There are two vehicles. It’s a train, so the streetcars on King and Queen and everywhere else they travel as a single car, there will be two for the crosstown,” said Kristin Jenkins with Crosslinx. 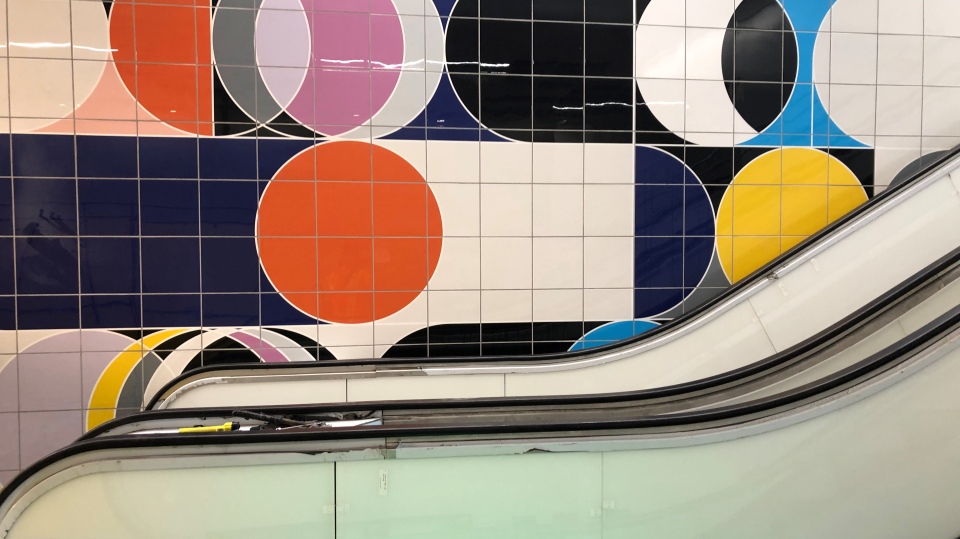 Crosslinx said 60 of the 76 cars being built for the line have already been delivered.

Metrolinx said it’s too soon to say if a portion of the line could open ahead of the full line, but spokesperson Anne Marie Aikins told CTV News Toronto that would be unlikely as it must hand over the line to the TTC for operation. 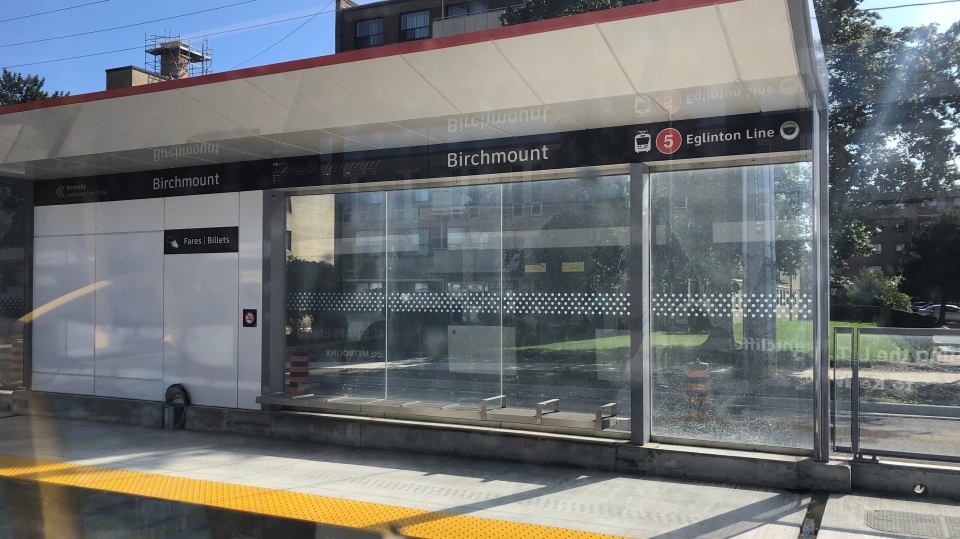