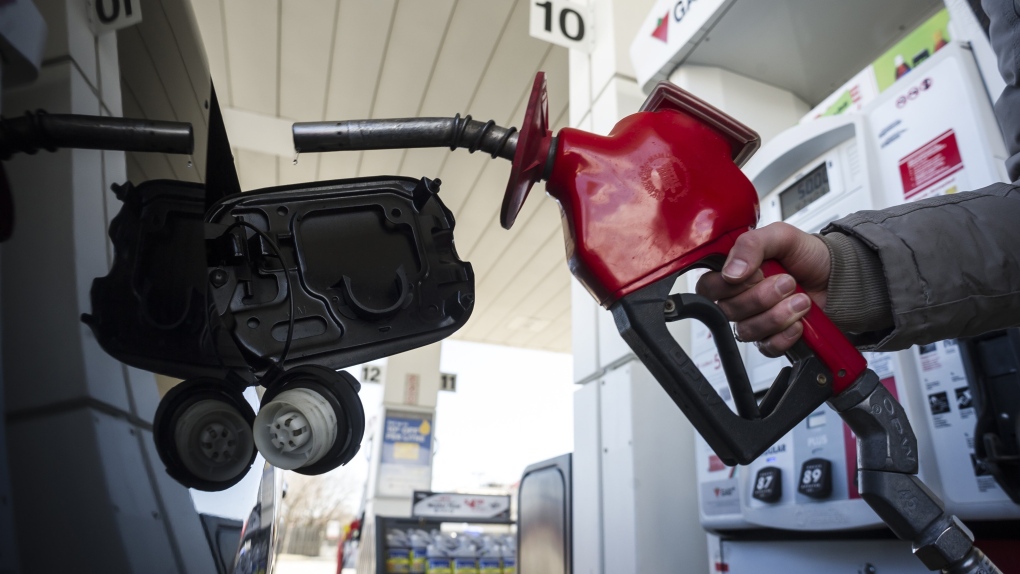 A woman fills up her with gas in Toronto, on Monday April 1, 2019. THE CANADIAN PRESS/Christopher Katsarov

Gas prices have reached yet another new record after rising six cents per litre overnight.

As of midnight the average price of a litre of fuel across the Greater Toronto Area is now 208.9 cents per litre, according to Canadians for Affordable Energy President Dan McTeague.

The latest jump means that gas prices have now risen 11 cents per litre since Friday, with no real relief in sight due to supply shortages brought about by Russia’s decision to invade Ukraine and the international sanctions that have been imposed a result.

“When you look at the fundamentals, supply and demand for diesel and for gasoline going into the summer driving season, not only is it low or critically low and that is one of the main reasons why prices are going up but the second factor is the Canadian dollar,” McTeague told CP24 last week. “It continues to show weakness despite the fact that in the old good old days when oil was $100 a barrel we would be on par with the U.S. dollar. The fact that we're not is costing you 33 cents a litre.”

Gas prices have risen by about 60 per cent since last May, when drivers were paying around $1.30 per litre to fill up.

Hundreds of homes have been inundated in and around Australia's largest city in a flood emergency that was causing trouble for 50,000 people, officials said Tuesday.