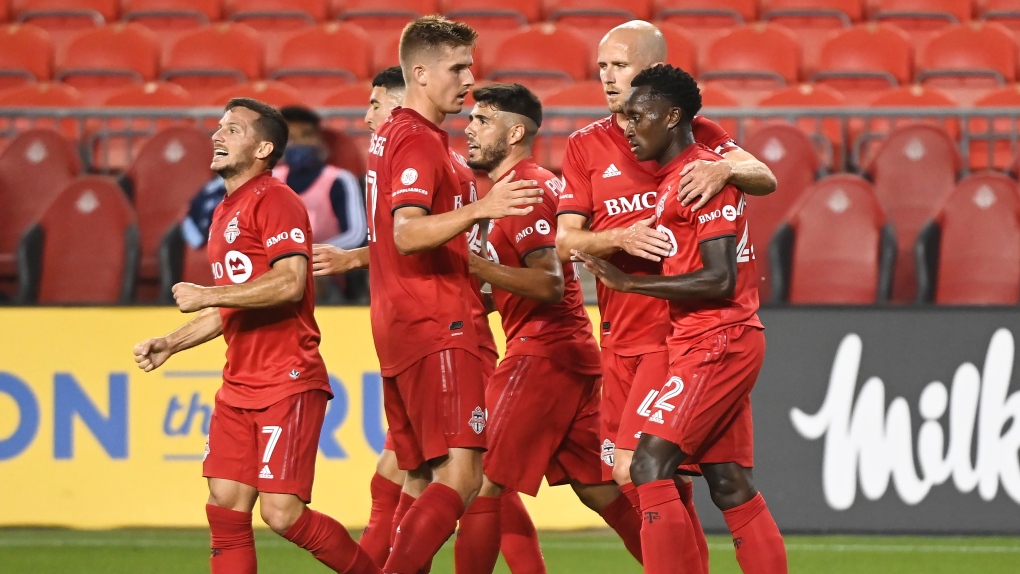 TORONTO -- As expected, Toronto FC will join the Raptors and Blue Jays in Florida for the start of the Major League Soccer season.

Toronto will stay in the Orlando area, training at the Omni Resort at ChampionsGate some 35 kilometres southwest of Orlando Airport. The team said it can play home matches in both Orlando and Tampa.

Orlando City SC plays at Exploria Stadium while the Tampa Bay Rowdies of the USL Championship play at the 7,500-seat Al Lang Stadium in nearby St. Petersburg, where CF Montreal has held its training camp in the past,

The team said its stay in Florida will be contingent upon health and safety regulations as borders reopen in Canada.

"We are unable to make BMO Field in Toronto our home for the start of the MLS season," TFC GM Ali Curtis said in a statement Friday. "But we will continue to work with local and federal officials to monitor the situation back home and return as soon as possible."

The Raptors are playing out of Amalie Arena in Tampa while the Blue Jays, who played in Buffalo, N.Y., last season, are holding their first two homestands in nearby Dunedin.

The team is no stranger to ChampionsGate, having held part of its pre-season camp there in past years. A short walk across the hotel golf course leads to training fields.

TFC is currently training under the bubble at the club's north Toronto training centre and at BMO Field, whose pitch has underground heating.

The team was granted permission to open camp early, on Feb. 17, to prepare for the Canadian Championship final against Hamilton's Forge FC. The winner of that match advances to a two-legged Scotiabank Champions League round-of-16 tie against Mexico's Club Leon. The return leg is April 14.

The MLS regular season is slated to kick off April 17.

The date and venue of the Canadian Championship final have yet to be announced, although March 20 has been floated. Time is short given the March 22-30 FIFA international window features both World Cup and Olympic qualifying.