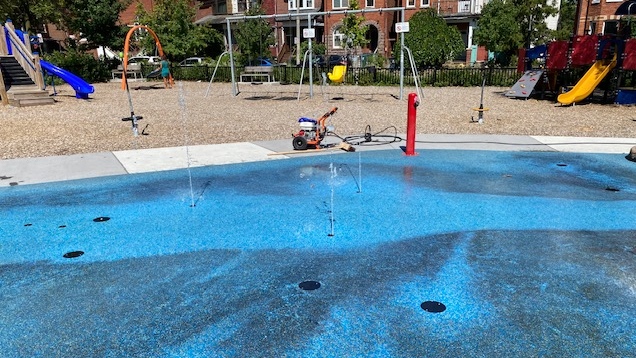 TORONTO -- Crews returned to a Toronto splash pad on Friday to continue scraping off a layer of black mould found on its surface.

The city said it was notified on Wednesday of a “black, slippery substance” on the surface of the splash pad at Bellevue Square Park, located near Dundas Street and Augusta Avenue.

City officials confirmed the substance was mould and said it was potentially caused by ponding water and recent hot, humid weather conditions. 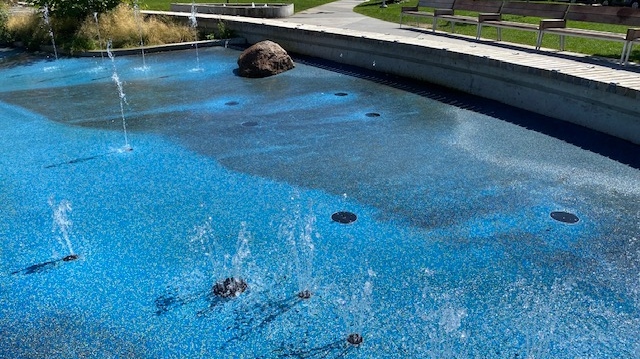 According to officials, a crew was assigned to clean and remove the substance on Thursday and were expected to return on Friday to complete the work as dry conditions are needed and local residents asked to use the splash pad.

The city says that crews visit the splash pads daily to ensure that drains and equipment are working properly. They also remove and debris that may be in the way.

Officials did not say when the last time the splash pad was cleaned or how often they are scrubbed down. Rather, they said the facilities are “cleaned as needed,” adding that residents are encouraged to report cleanliness issues to 311.