Toronto could see its first snowfall of the season on Sunday

Toronto could see its first snowfall of the season on Sunday 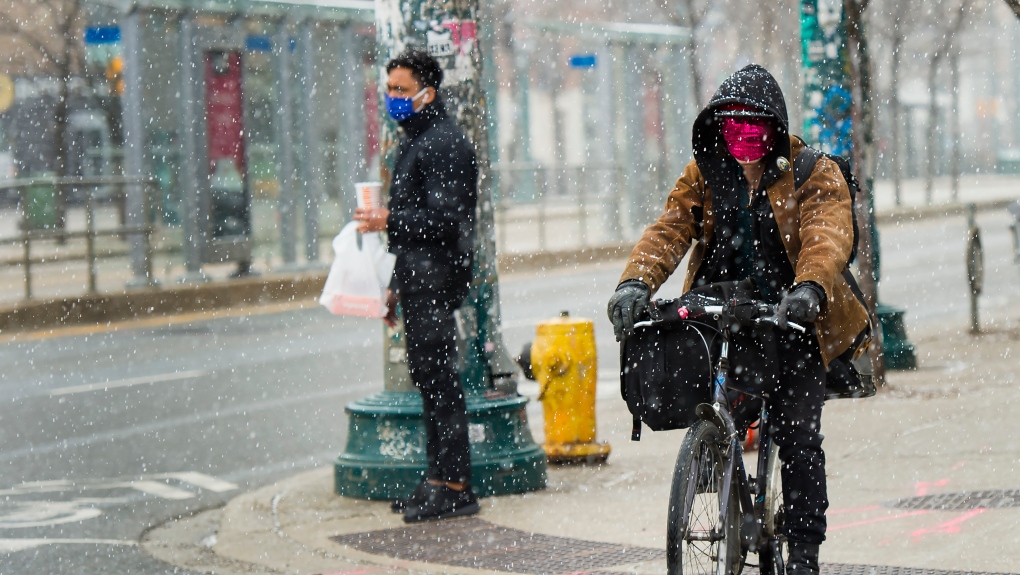 A man cycles in a snow with a mask on in downtown Toronto on Thursday, April 16, 2020. THE CANADIAN PRESS/Nathan Denette
TORONTO -

Toronto could see its first snowfall of the season on Sunday evening.

Environment Canada is forecasting a high likelihood of flurries, beginning at 6 p.m. and ending around midnight.

The likelihood of precipitation decreases after midnight, but Environment Canada is still reporting a 30 per cent chance of flurries in the early hours of Monday morning and into the afternoon.

Less than one centimetre of snow is expected in lakefront areas. Areas away from the lake can expect up to two centimetres of snow.

While temperatures are expected to remain above zero overnight, they could drop as low as 1 C in the early hours of Monday morning.

On Tuesday, things are expected to brighten up a bit with a mix of sun and cloud and a high of 6 C.

Rain will return on Wednesday, but it will be milder with a temperature high of 14 C.

Five to 10 centimetres of snow are expected in the Kitchener-Waterloo area, areas east of London and over the escarpment, with pockets approaching 10 centimetres for areas near Parry Sound.

"Poor weather conditions may contribute to transportation delays," ECCC said. "If visibility is reduced while driving, slow down, watch for tail lights ahead and be prepared to stop." 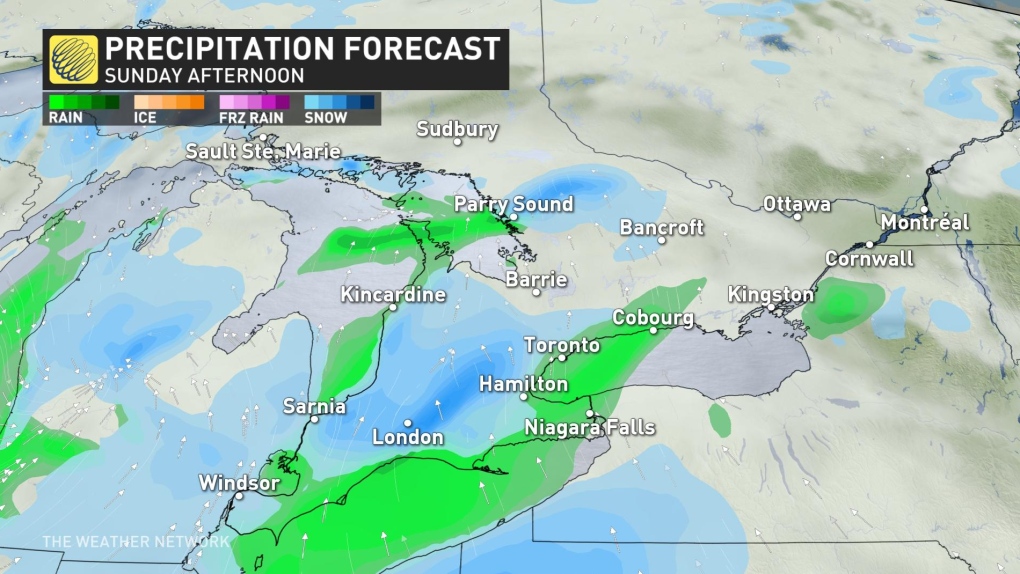