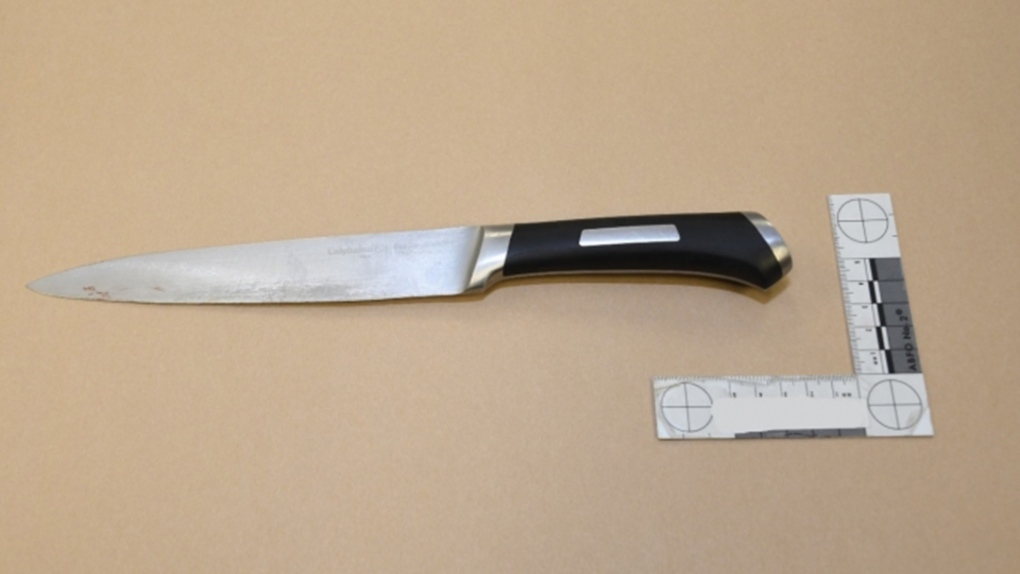 A knife collected from the scene of a fatal police shooting on May 22, 2021 is shown. (SIU)

TORONTO -- The province’s police watchdog cleared a Toronto police officer who shot and killed a 28-year-old schizophrenic man who had stabbed his partner in the back last May.

On the night of May 22, the Special Investigations Unit (SIU) says police and paramedics were called to a condo tower at Yonge and Merton streets for an emotional distressed male.

Dispatchers told police that a woman reported her adult son suffering from schizophrenia struck her on her face.

Police arrived at the third floor unit and knocked on the door, asking the man still inside if he was okay.

After a few minutes, the officers told the SIU they became concerned that the man inside could be harming himself, so one of them unlocked the door and entered the unit.

The officer who later fired his gun first fired a Taser at the man, who continued “unfazed,” advancing on the officers with a knife.

A third officer fired her Taser at the man, to no avail.

“Seeing(Witness Officer #4) on the ground and the Complainant over top of him with a knife, he fired his weapon into the Complainant’s back fearing for the officer’s life.”

The complainant fell over, still holding the knife, and Witness Officer #4 fired his Taser into the man, at which point he dropped the knife. 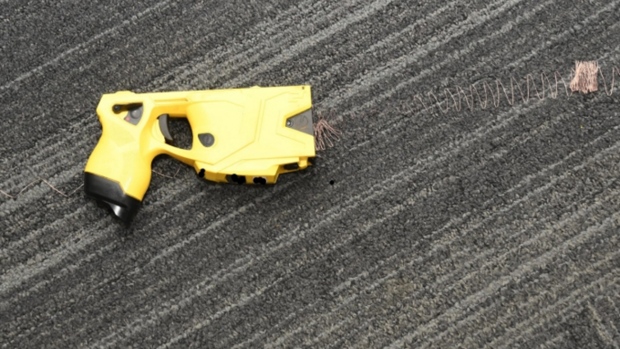 A paramedic then ran to administer first aid to the complainant, who was rushed to Sunnybrook Hospital and pronounced dead approximately 49 minutes after he was shot.

The SIU said it interviewed the officer who pulled the trigger, six witness officers, and six other civilian witnesses including paramedics and the complainant’s parents.

Witness Officer #4 was also taken to hospital with a stab wound to the back and other cuts.

SIU Deputy Director Joseph Martino wrote that it appeared from all evidence gathered the subject officer was justified in firing at the complainant.

“While he or the other officers might have chosen to physically engage and overpower the Complainant, that option would have placed their own lives at risk given the knife in the Complainant’s hands; they cannot be faulted for not having done so.”

Martino also highlighted that officers should have considered whether to involve a Mobile Crisis Intervention Team (MCIT), which includes an officer and a mental health nurse, in the call.

“It appears that an "Mobile Crisis Intervention Team" (MCIT) ought to have been requested and/or deployed. That said, whether such a team might have contributed to a more positive outcome had they been at the scene is a matter of speculation.”