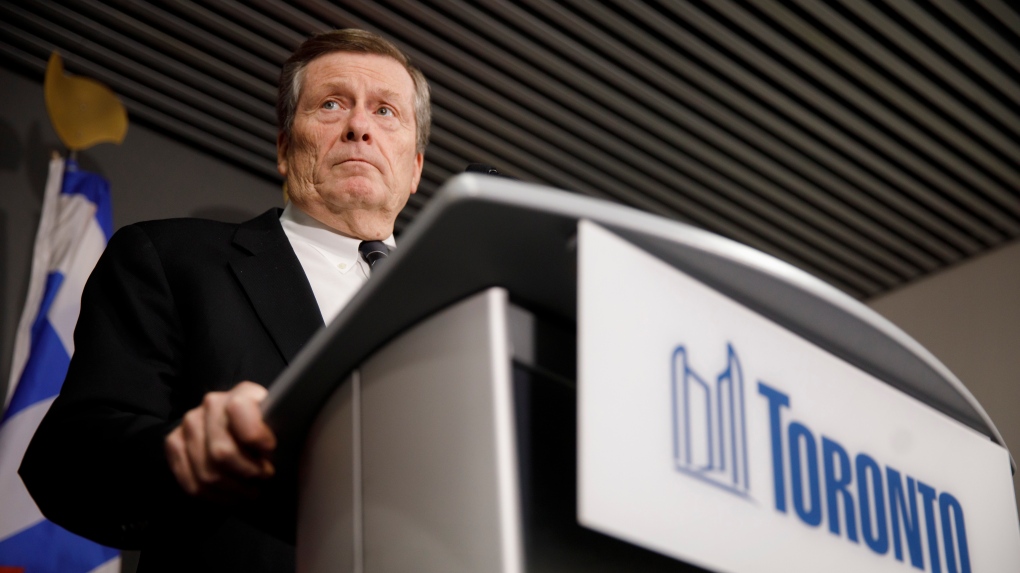 TORONTO -- Toronto public health officials are considering a series of new measures as they seek to curtail the recent sudden rise in COVID-19 infections, including early closures for bars and restaurants and new restrictions on weddings and other large events.

During a briefing at city hall on Wednesday afternoon, Mayor John Tory identified four “areas for action” that could be taken “based on where we have seen the virus transmitting.”

Those areas, he said, include earlier closures for bars and restaurants, an expansion of the city’s mask bylaw to cover more workplace settings and “further action” to limit weddings and other large events from being held at venues and other businesses that are exempted from the province’s new lower limits on social gatherings. The fourth and final “area of action” identified by Tory concerns the need for more targeted testing in communities where COVID-19 infections are on the rise, something that he said Toronto could support through making city property available to the province.

“What we are trying to do here is achieve a regime that respects all the advice we get from (Medical Officer of Health) Dr. (Eileen) de Villa and her team while at the same time allowing a degree of latitude that is quite different than what we had during the time we were in the absolute lockdown period,” Tory said.

British Columbia has already imposed an order requiring that bars and restaurants stop serving alcohol by 10 p.m. and close entirely by 11 p.m. unless they offer food and Tory said that he would support similar action being taken here and would also be willing to “explore possibilities for additional relief” for those businesses that would be impacted by such a measure.

Tory also expressed frustration with the province’s new lower limits on social gatherings, which exempt all “staffed business.” He said that he understands the “business considerations involved” but believes “further action is needed when it comes to weddings and large events at banquet halls and other businesses.”

For her part De Villa said that the various actions identified by Tory aren’t necessarily things that she or the city can do on their own but are all being “actively discussed” with provincial officials.

She said that in issuing any new restrictions it is important to balance the need to limit the spread of COVID-19 with “broader health outcomes,” such as the “economic health of the city, the social health of the city and overall quality of life in the city.”

“Suffice to say with each of these considerations we are thinking about what can we do to help people be able to actually adopt and really implement on a more regular and consistent basis those self-protection measures that we know work - watching your distance, wearing your mask and washing your hands,” she said.