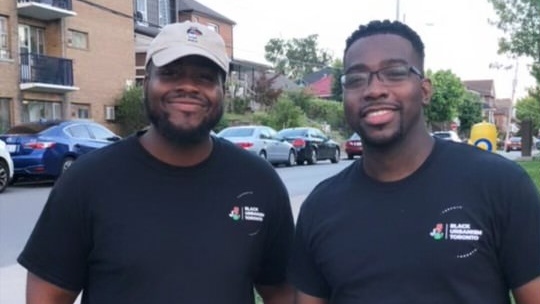 TORONTO -- An urban planning group in Toronto is embarking on a project that aims to increase the amount of commercial property owned by Black businesses in the city’s Little Jamaica neighbourhood.

The project, dubbed ‘Pathways to Community Ownership,’ hopes to increase property ownership within the community and the capacity of local Black businesses to understand alternative business models.

The group originally planned to create a documentary capturing the “culture and different actors of Little Jamaica,” but that soon gave way to a much greater purpose.

“Black Urbanism Toronto aims to increase the participation of Black people in community development and to advance the collective cultural, economic and social interests in the neighbourhoods we call home,” Williams told CTV News Toronto on Thursday.

“We understood that Black displacement and erasure are patterns that we see continuously see repeating themselves in Canada, so Romaine, Theo and I decided that we wanted to do something about it.”

“That lack of ownership has really created a lot of this displacement, so for us, it was imperative to bridge the gap,” he said.

The ‘Pathways to Community Ownership ‘project plans to do just that — bridge the gap between Black businesses and the ownership of the commercial property they operate out of.

“Commercial ownership is extremely difficult and extremely hard for business owners who are just trying to make their day-to-day living, pay their rent, put some food on the table and have a place to live. It's really difficult for them to try to understand and comprehend how they can look to own the commercial property,” Williams said.

“So, we're trying to look at different systematic approaches that would allow that to take place.”

The project will officially launch on Oct. 28 with a virtual orientation session. Participants can register ahead of time and attendance is free.

“The event is really just about talking about those opportunities, coming together as a community and then setting the tone going forward,” Williams said.