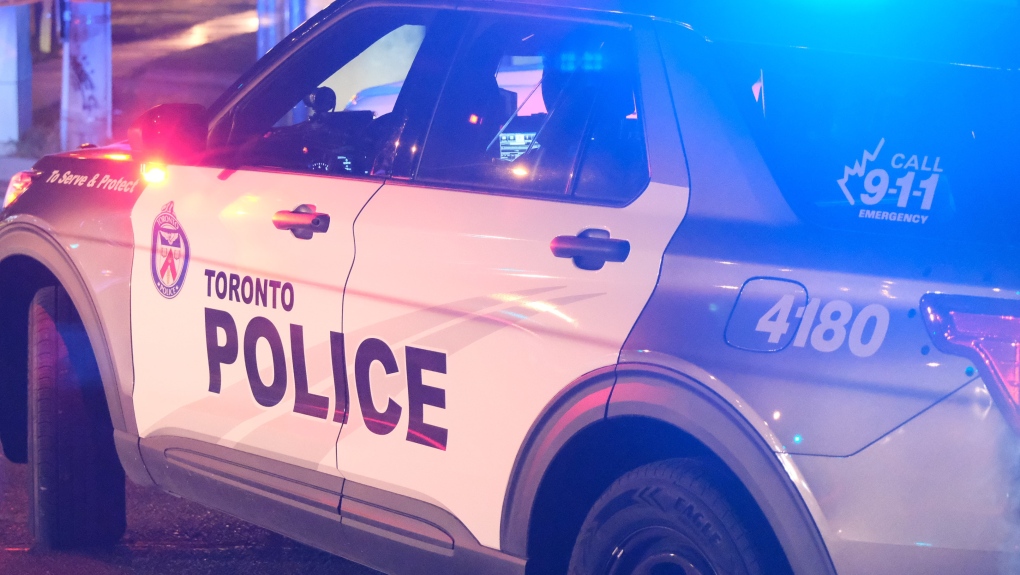 A Toronto police cruiser is seen in this undated photo. (Simon Sheehan/CP24)

A motorcyclist is dead after a collision in the city’s Fairbank neighbourhood on Saturday evening.

Toronto police and paramedics were called to the area of Dufferin Street and Preston Road, north of Rogers Road, at around 10:15 p.m. for a crash.

According to police, a red 2016 Suzuki motorcycle was travelling south on Dufferin Street when it collided with a black 2014 Mazda 3 that was reversing from a driveway.

As a result, police said the motorcycle rider was thrown off his bike and ended up under a TTC bus.

The motorcyclist was pronounced dead at the scene.

It was the second collision in the city involving a motorcycle. At around 7:17 p.m., police responded to a crash involving a green 2016 Kawasaki motorcycle and a white 2017 Volkswagen in the area of Finch Avenue East and Don Mills Road.

Police said the Kawasaki and the Volkswagen were on the westbound lanes of Finch Avenue when the Volkswagen made a U-turn as the motorcycle entered the centre median simultaneously, resulting in a collision.

The motorcycle rider was taken to the hospital with life-threatening injuries.

Police ask anyone with information regarding the two collisions to contact investigators at 416-808-1900 or Crime Stoppers anonymously at 416-222-TIPS (8477).

A 12-year-old boy is dead after playing Russian Roulette with peers in Jackson, Miss., police say.