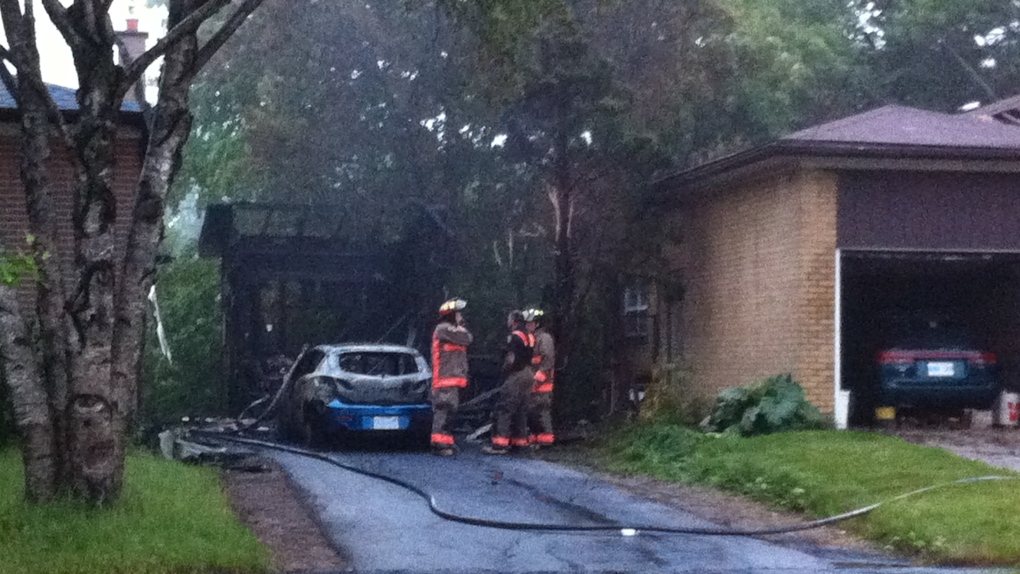 A fire that started in a car spread quickly and caused damage to two homes in the west end of Toronto, fire officials said on Tuesday.

Emergency crews were dispatched to 25 Stanwood Crescent, near Finch Avenue West and Weston Road, early Tuesday morning after a two-alarm fire began spreading across a row of townhouses.

Officials said the fire appears to have started in a vehicle parked inside a garage before spreading to the adjacent home.

Slobodian said two homes were evacuated before the fire was knocked out shortly after 3 a.m.

One home suffered moderate damage and another suffered damage to the roof. Officials have not released damage estimates to the homes.

No injuries were reported in the blaze. Fire officials are still investigating the cause.