TORONTO -- Businesses in Toronto are reacting to Ontario’s new tiered system for when to impose lockdowns and closures as the COVID-19 pandemic continues.

The new colour-coded framework dictates restrictions on businesses in the province’s 34 public health units and over time they can be escalated or deescalated to help stop the spread of COVID-19.

The government said that the four regions currently under a modified Stage 2 – Toronto, Ottawa, Peel and York – will be placed in the orange category with “intermediate” restrictions.

That will allow indoor dining to resume at bars and restaurants and most businesses to reopen but with new, stricter rules.

Business owners who spoke with CTV News Toronto in Little India on Gerrard Street East following the announcement said they feel that it’s better to be open but expressed concerns about the new system.

At Udupi Palace serving dosas isn’t what it used to be. Despite an understanding landlord, the wage subsidy and selling ‘tiffinday,’ a bottled curry, sales are down by half.

Restaurants at the “restrict” or “orange” level are now limited to four people per table, closing at 10 p.m., and not serving alcohol past 9 p.m. At the “control” or “red” level, capacity falls to 10 people inside.

“The numbers don’t work. So long-term we need to think this through,” said restaurant owner Seema Pabari. “As business owners and as entrepreneurs who are used to taking risk, this is pushing us over the top.” 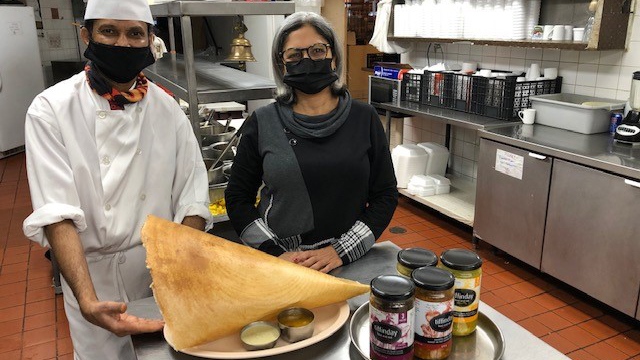 Down the street, Vive Fitness is spending thousands on installing UV air sanitizing units and has been holding classes outside.

In the new “protect” or “yellow” level and more stringent levels for gyms, patrons need to be spaced three metres apart. At the red level, centres will be required to limit indoor classes to 10 people.

“For my mental health, I don’t know what will be in the future, if I will still have job or what happen after, it’s not okay for me,” said personal trainer Zaneta Spurna, who is paid based on the number of clients she has. 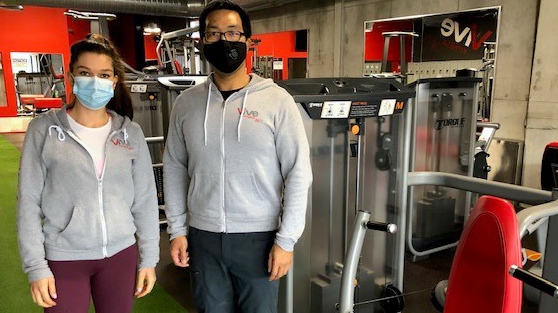 Tough too, he said, after provincial data found only three per cent of outbreaks in the city were tied to gyms and sports.

“There might be restrictions but have it so we have some more leeway, such as size of the property or size of the gym.”

After a 28-day shut down both Vive Fitness and Udupi Palace hoped to reopen indoors, but Toronto Mayor John Tory requested more time in the current modified Stage 2 restrictions before moving to the new system.

“You can’t help but get angry. Angry at the anti-maskers, the covidiots, whatever you want to call it. We need to get these infection rates down,” Pabari said.

Pabari and Chan also both said there are concerns not just about being allowed to operate, but also about customer confidence.

They said it’s not clear when people will feel comfortable spending time and money indoors.