As reports of illegally dumped trash on Toronto-area streets pile up, city officials say they want to clean it up -- but budget pressures from the pandemic and a new provincial law that reduces municipal revenue could lay waste to their plans.

With the City of Toronto facing a pandemic-related budget shortfall of more than $800 million, and many cities concerned about revenue losses one organization tallied at $5.1 billion over 10 years, municipal officials are not sure what the future holds.

“We’re still looking at the impacts of Bill 23. We’re all very worried about that. We need to continue advocating for more revenue tools in our city,” said Toronto Councillor Jennifer McKelvie, who chairs the city’s Infrastructure and Environment Committee.

“We do know that coming out of the pandemic we have an enormous budget shortfall and need to make sure that those core services that are so important, like litter cleanup, like pickup of illegal dumping, all that needs to happen, so we’re all watching Bill 23 very closely,” she said.

McKelvie said she wants city staff to investigate what’s going on and come up with solutions that can reduce the trash.

A CTV News investigation discovered that 311 complaints of trash on public roadways more than doubled from about 300 in 2018 to more than 750 this year.

At the same time, those illegal dumpers are getting punished less. Charges have dropped from 22 a year to just one per year in the last two. That’s because officials were re-tasked with other jobs during the COVID-19 pandemic. 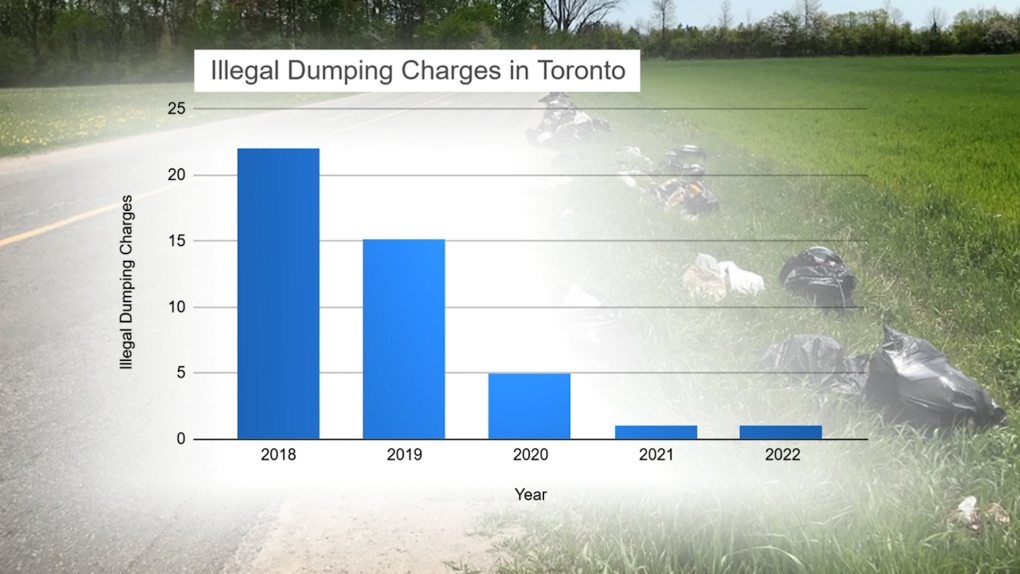 The number of illegal dumping charges laid in Toronto over the last several years is seen in this charges.

One reason for the surge, he said, is the diesel price hikes that make it about 30 per cent more to commission a service like his to remove trash.

“People don’t want to pay to get rid of the garbage -- so they end up leaving it in the street,” he said.

That’s cheaper for the dumper, but costs money to clean up and investigate. And that money could be in short supply in municipalities across Ontario after the passage of the More Homes Built Faster Act earlier this week, said Milton Councillor Colin Best. 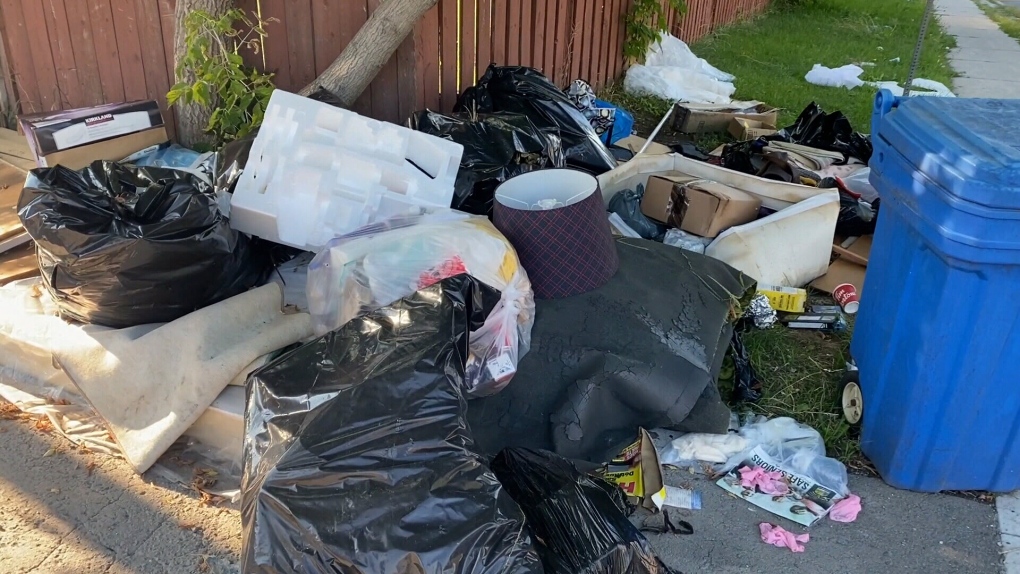 A pile of illegally dumped trash in Toronto is seen in this undated image.

The law was passed by the provincial government to encourage housing construction and increase housing supply. One tool was removing the ability of municipalities to charge developers in some situations.

But Best said the Association of Ontario Municipalities estimates provisions will result in $5.1 billion in losses over the next ten years, which can’t help but impact city services.

“We’re trying to stay positive. We’ve sent a letter to the minister of finance on how the province can fix this. We all want to work together, we want affordable and safe communities. The problem we’re facing is the costs of this is being downloaded to the municipalities,” he said.

When it comes to the waste itself, Best said he supports a producer responsibility system that would mean the manufacturer provides some financial incentive to return packaging, as with cans and bottles.

But in the meantime he said people should stop illegal dumping and clean up their messes.

“Didn’t your parents ever teach you to clean up after yourself? Most people are taught to clean up your room when you’re seven years old and you do it then,” he said.