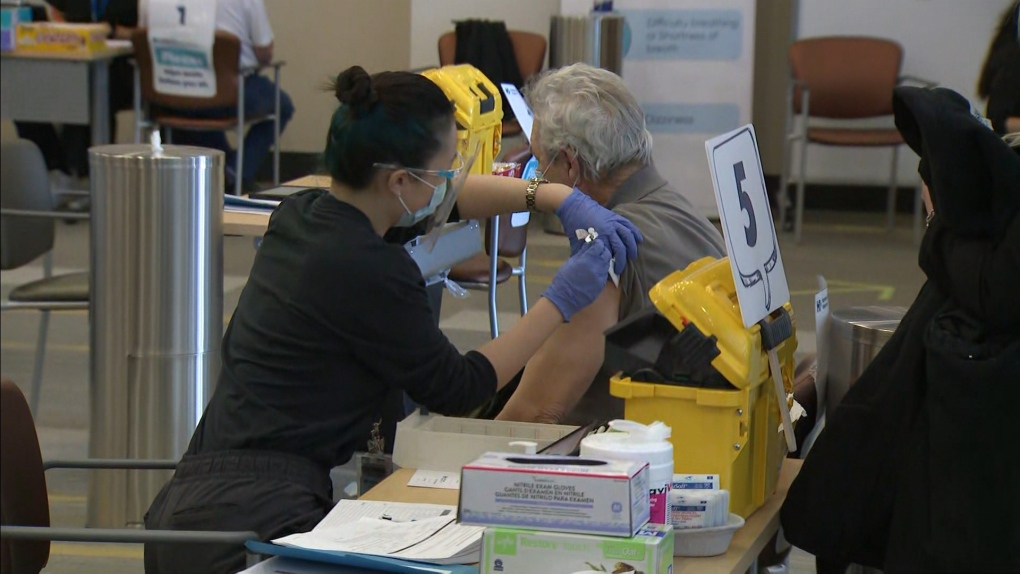 TORONTO -- The city has backtracked on the planned closure of a North York mass vaccination clinic amid a rise in COVID-19 infections.

Toronto Public Health had previously announced that it would close five of its nine mass vaccination clinics as of Aug. 22 in order to redeploy hundreds of staff to mobile teams in areas of the city where the vaccination uptake has been slower.

But in a news release issued on Wednesday, the city confirmed that it will now run a “smaller fixed-site clinic” at the Mitchell Field Community Centre, which was one of the sites slated for closure.

The city says that the decision to keep the clinic open on a permanent basis was based on “new information and the current vaccination situation.”

The clinic will be open for walk-in appointments from Tuesday to Saturday, from 1 p.m. to 7 p.m. as of Aug. 23.

Those hours reduced hours of operation are the same as the ones that will be in place at the city’s other remaining mass vaccination sites - – Cloverdale Mall, the Hangar, Metro Toronto Convention Centre, and Scarborough Town Centre.

More than 81 per cent of eligible Toronto residents have now received at least one dose of COVID-19 vaccine and more than 73 per cent are now fully vaccinated.

However, in the Willowdale East neighbourhood where the Mitchell Field Community Centre clinic is located only about 68 per cent of eligible residents have received at least one dose and only 63 per cent are fully vaccinated.

Third COVID-19 vaccine doses: Who is eligible in Ontario and how can they get one?