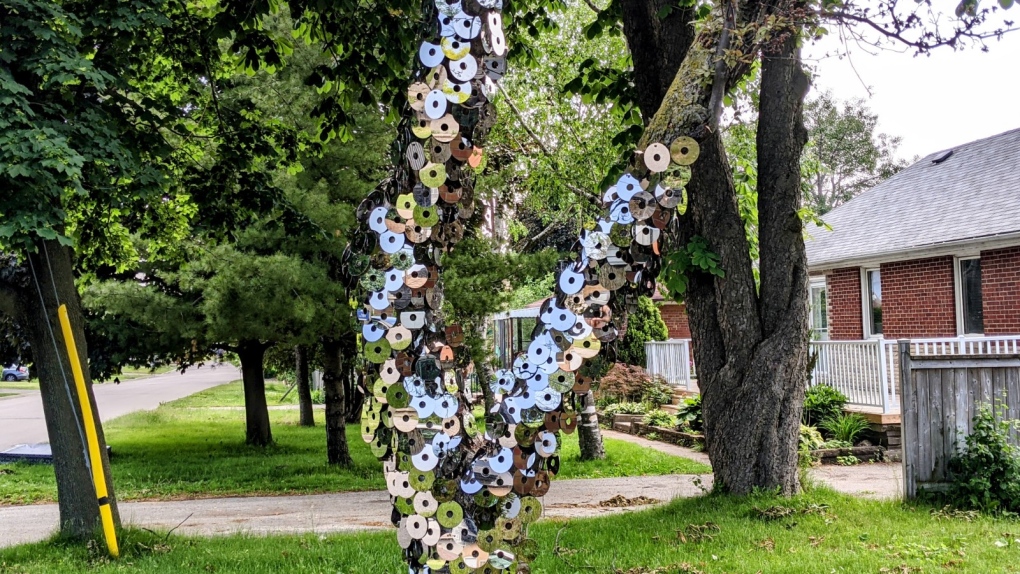 Paul Fegun constructed a disco tree on his front lawn to slow down traffic.

TORONTO -- A Toronto resident constructed a “disco tree,” made out of 650 hard drive platters, to solve a local traffic problem.

“I originally started to put large pieces of art on my front lawn because it helped people to slow down. They would stop and think,” says Paul Fegun.

Since 1971, Fegan has lived on Brenda Crescent in Scarborough. In recent years, he noticed cars would accelerate on the formerly quiet residential street. Often, he says, traffic on Danforth Road or Kennedy Road and St. Clair Avenue results in speeding and congestion in the neighbourhood. 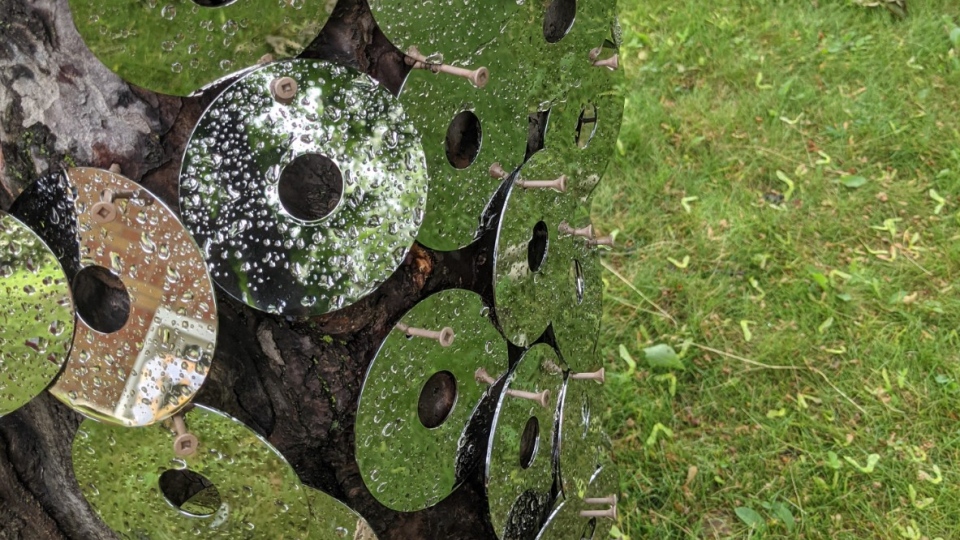 For three weeks, Fegan gathered and deconstructed hundreds of hard drives, which he estimates contain between 600 and 1,000 terabytes of data. Then, he loosely screwed them onto the tree outside of his house. Like chimes, the hard drives sway in the wind.

“It’s like looking at a sequined dress,” he says. 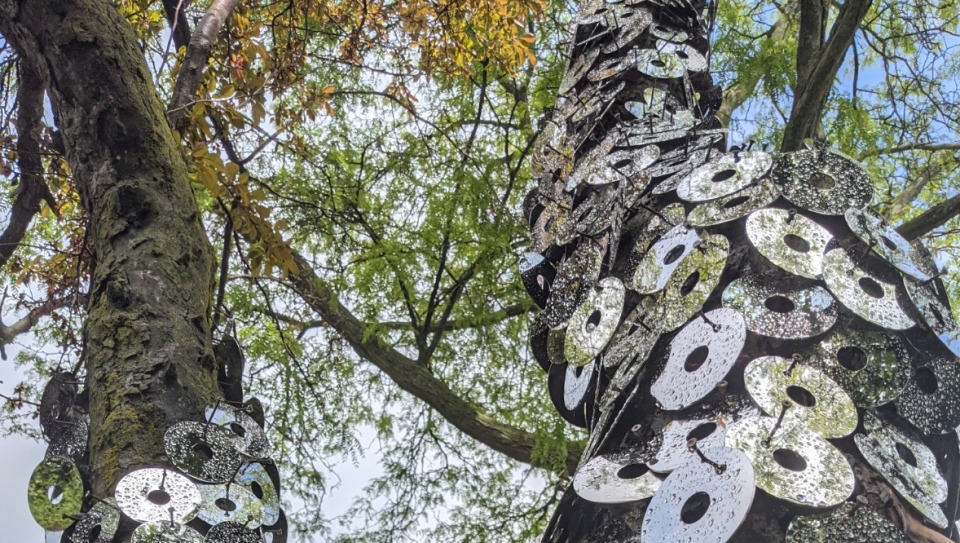 Fegan notes that the tree has been dead for a decade, but due to childhood nostalgia, he decided to give it an afterlife, rather than knock it down.

Prior to becoming an artist, Fegan worked in IT for 25 years, which explains why much of his art is made up of electronics. “Now, I dismantle the stuff that gave me headaches,” he says.

This afternoon, Fegan spoke to his local city councillor to discuss potential solutions to slow down the traffic. They discussed putting up city signage encouraging drivers to slow down, but Fegan decided, “I’ll just make my own [signs],” he said. “They’ll be big.”