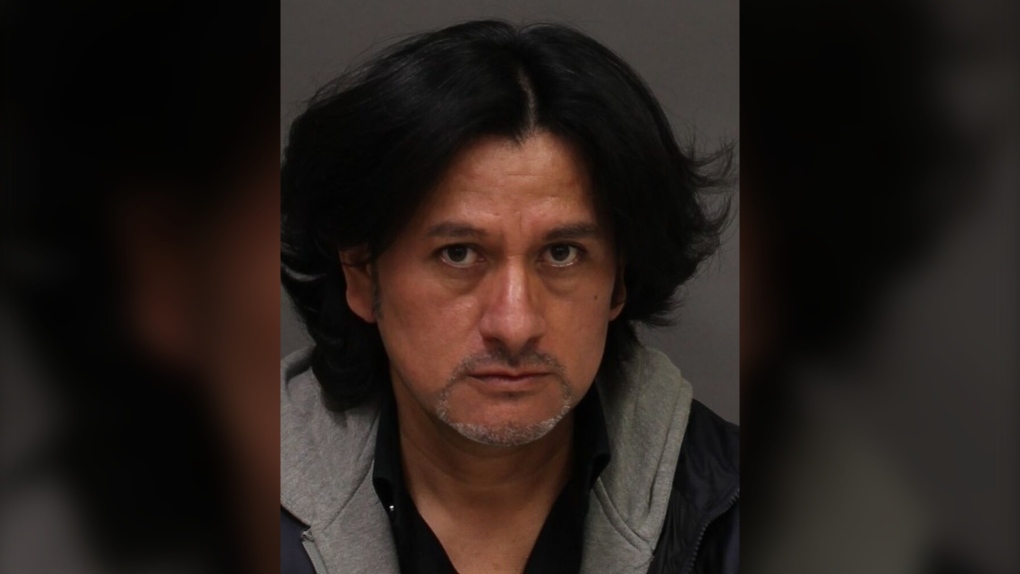 Jorge Nieto Zelaya, 53, is seen in this undated photograph provided by police.

An investigation began in 2013 after an 11-year-old boy reported that a man, who had come to a home in the High Park area to cut his hair, had sexually assaulted him.

In 2015, Zelaya was convicted on four counts and was sentenced to 12 months to be served concurrently, police said.

The victim, police say, alleged that between 2011 and 2015 he was sexually assaulted on numerous occasions by a man cutting his hair.

The incidents took place in the area of Yonge Street and Eglinton Avenue, as well as at 110 Wellesley Street.

Zelaya, who is now 53 years old, was taken into custody on March 1, 2021 and charged with sexual assault, exposing genitals to a person under 16 years of age for sexual purpose, invitation to sexual touching, sexual interference and two counts of failing to comply with a release order.

Zelaya was released on bail and is scheduled to appear in court on April 16.

Police say they believe there may be other victims and that Zelaya is known to have worked for numerous hair salons in Toronto and Windsor, including the following:

-His apartment at 110 Wellesley Street

Anyone with information is being asked to contact investigators at 416-808-2922 or reach out to Crime Stoppers anonymously.