An Ontario government led by the Greens would focus on creating neighbourhoods where residents can “live, work and play,” according to the party’s election platform that will also include sweeping climate and voting reforms.

Leader Mike Schreiner released his full plan for the province Thursday morning at the Centre for Social Innovation in Toronto.

According to the 64-page costed document, emblazoned with their slogan "new solutions to old problems", a Green win on June 2 would mean an “end to Ontario’s pro-sprawl and anti-climate agenda.”

"In a province as rich as ours, we should not have a province where a person working fulltime cannot find an affordable place to call home. We should not see patients lingering in hospital corridors waiting for care. We need to be climate leaders for a future that is already here," the platform reads.

"Ontario Greens have listened and learned from people across our province."

Here are five things to know about the Green Party's plan:

The party laid out plans to cut carbon pollution in half by 2030 and reach net zero by 2045, which the Greens say will cost about $17 billion.

They will also invest in electrical transportation and provide $15,000 to $20,000 in incentives for energy retrofits.

Among the other more environmentally-charged promises, the Green Party will commit to ensuring there is green space within a 10-minute walk of all homes by 2030 while developing a “15-minute” neighbourhood framework by working with municipalities on rezoning.

“Our goal is to build communities where we can access work, services and recreation within 15 minutes of home, because less time commuting means more time for family and friends,” the platform says.

“It just so happens that building dense, mixed-use connected communities is also the best thing we can do for the environment, as it cuts down on car pollution and spares our natural areas from more urban sprawl.”

The Greens have already said they would cancel the Progressive Conservative’s Highway 413 and prevent the widening of Highway 417. Instead, the party is promising to invest in transit while also creating dedicated truck lanes on Highway 407 to reduce congestion and triple the number of dedicated bus lanes by 2025.

Transit fares would be cut in half for a period of three months to encourage ridership, while the cost of gas soars in Ontario. A green government would also upload 50 per cent of the cost of operating transit to the province.

The Greens would also double the size of the Greenbelt.

A large part of the Green Party’s platform revolves around making housing more affordable and ending homelessness in Ontario within the next 10 years.

The party has committed to building 160,000 new “permanently affordable rental homes” over the next decade, including 60,000 permanent supportive homes at a price tag of about $3.6 billion over four years.

All new housing projects of a “certain” size will need to be made of 20 per cent affordable units.

The Greens would also like to end blind bidding when it comes to homebuying, make home inspections mandatory at the seller’s expense, and develop a pilot program offering support for alternative homeownership such as cohousing.

“The crisis is province-wide. There are no neighbourhoods in Barrie, Guelph, Hamilton, Kitchener, Peterborough, Ottawa or Thunder Bay where the average one or two-bedroom apartment is affordable for a full-time minimum wage worker,” the platform reads.

Similarly to the NDP, the Greens would include mental health care under the Ontario Health Insurance Plan (OHIP) and increase funding for children's mental health to reduce wait times to less than 30 days.

The party would also partner with the federal government to implement a universal dental care plan, fast-track credential approvals for 15,000 international health-care workers, and increase year-over-year hospital base operating funding to a minimum of five per cent.

The Green Party will repeal Bill 124, which prevents the salary of those in the public sector from increasing more than one per cent annually, and will increase the minimum hourly wage for registered practical nurses to $35. The hourly wages of personal support workers would also go up to $25 an hour.

A vote for the Green Party is a vote for a “people powered government,” the platform says.

“Previous governments downloaded many social costs onto municipalities. With municipalities covering these costs, there is less money for other vital services such as transit, libraries, community centres, parks and municipal building retrofits. We believe the Ontario government needs to be a partner in helping fund these important services.”

The Greens say they would fund 50 per cent of municipal shelter and community housing costs at a price tag of about $2.14 billion over four years.

In addition to the financial support, they would allow municipalities to use ranked ballot voting systems for elections, something the Progressive Conservative government scrapped two years ago.

The party would alter political donation limits for provincial political parties, candidates and constituency associations, maxing out individual contributions at $1,000 per year.

The voting age would be reduced to 16 and election day would become a paid holiday.

The party says it prefers a proportional representation voting system—in which an individual casts a ballot for a party versus a candidate—but the platform doesn’t specify whether or not the Greens would push to make that change. 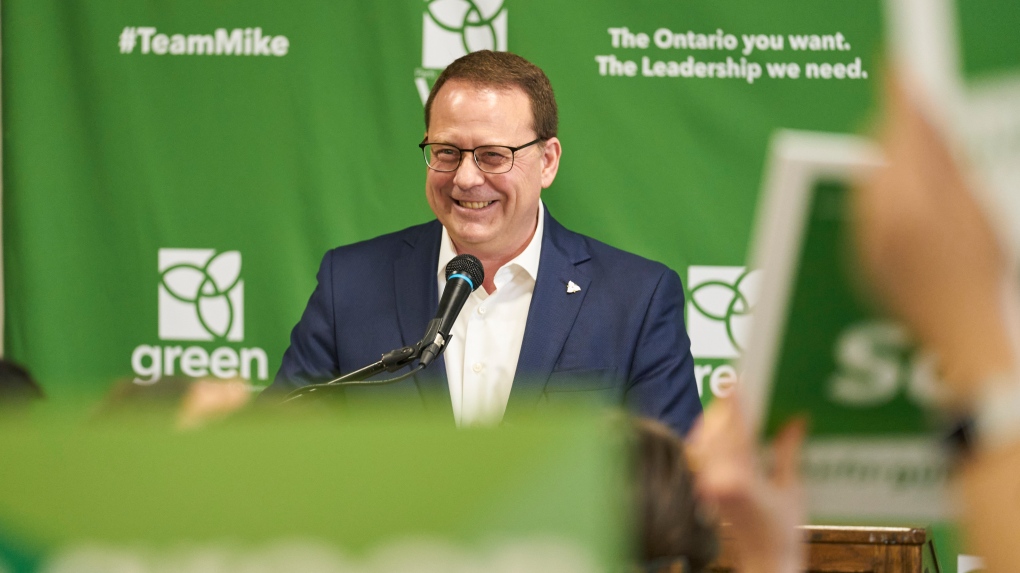 HOW WILL THEY PAY FOR IT?

The platform provides a relatively detailed breakdown of some of the ways the Greens will pay for these initiatives.

Homeowners and corporations with more than two homes or condominiums will be asked to pay a 20 per cent tax on their third property. This amount count increase with every additional home.

They will also implement a province-wide vacant homes tax and an anti-flipping tax on quick turnaround sales, although the party did not say how much these taxes would be.

The party would also ask "the wealthiest Ontarians to pay their fair share with a tax on assets over $10 million."

Other avenues of revenue include congestion charges, corporate tax increases and a business carbon fee.