TORONTO -- A local photographer has teamed up with the city’s deputy mayor to capture Toronto under lockdown, then again as it reopens, in an effort to raise money for community organizations recovering from COVID-19.

Randy VanDerStarren was granted rare access to 60 locations in Toronto for the project, including attractions, sports fields, buildings and places of worship, to name a few.

Dubbed “TOgether,” the photos will be compiled into a book which will compare pictures of empty places in the city normally teaming with people and images of the same spaces as they reopen and see people return.

“You could get depressed, if you actually looked at all these empty buildings,” VanDerStarren told CTV News Toronto Monday. “I have a very rare lens that I get to look through to see that vitality come to life again.”

The ‘TO’ in "TOgether" is for Toronto and the project wouldn’t have been possible without VanDerStarren’s partner, Deputy Mayor Michael Thompson, who helped get permission to enter some the most tightly controlled places. 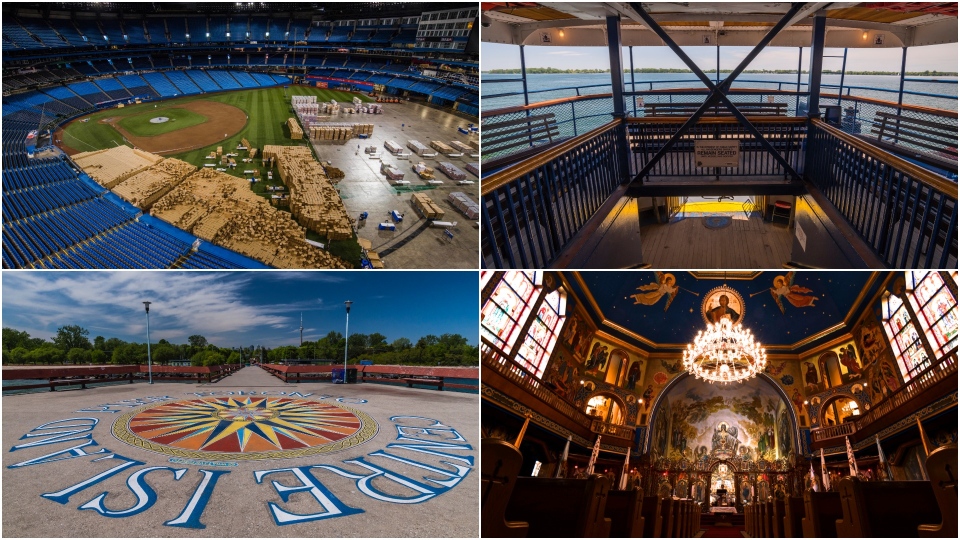 “While it was difficult with respect to the process, the fact of the matter is that we knew that the darkness that existed in the city as a result of COVID and everything being shutdown wasn’t permanent, but we really needed to capture that,” Thompson told CTV News Toronto.

“And at the same time, we needed to be aware as to what happens when we’re back again. We’re alive, we’re energized.”

Money raised throught the project is being directed to DonateTO –which is helping community organizations through the recovery.

VanDerStarren is volunteering his time for "TOgether," and said being granted the access has been an honour and privilege.

”I hope the work we do not only captures these locations, but does it in a way that you, as a viewer, as readers will look at the book and will look at the gallery that will come out of this and say ‘that’s my city, and I’m part of its recovery, I’m part of overcoming this virus’, he said.

VanDerStarren said he hopes to finish taking the pictures of Toronto’s reopening by the fall and show off all the comparisons by the end of the year.