Toddler dies after being struck by a car in Etobicoke

TORONTO -- A three-year-old boy has died after being hit by a car in Etobicoke late Tuesday morning.

Emergency crews were called to the area of Burnhamthrope Road and The East Mall around 11:10 a.m. after receiving reports of a crash.

When police arrived at the scene, they found a man and two children that had been struck by a car. One child was unresponsive and despite life-saving efforts, succumbed to their injuries.

The man has been identified as the father of the two children. Police say he and his seven-year-old daughter suffered relatively minor injuries 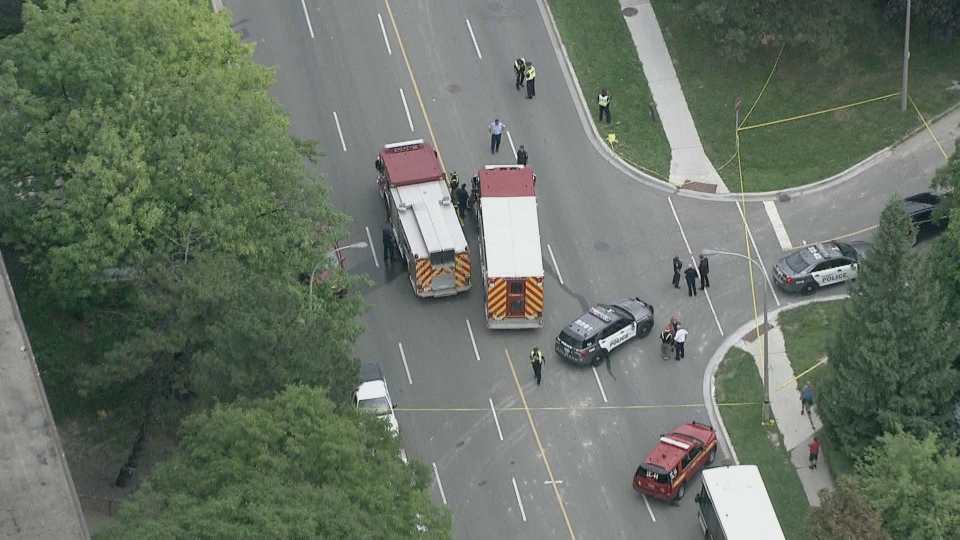 The vehicle involved in the collision remained at the scene, police said.

“There was definitely some crossing of the street and the motor vehicle was making a turn off of this court, Montebello, and struck the family it appears,” Sgt. Brett Moore with Traffic Services said.

“The driver is cooperating and [was] on scene. This is not a fail-to-remain investigation. Initial reports that it was but I can tell folks that it’s not."

CP24 spoke to a man who identified himself as Egidio and said he is the husband of the 81-year-old driver.

He said his wife drives to therapy every two weeks and called him immediately after the collision occurred asking him to come to the scene. Egidio said his wife told him the children were running across the street at the time of the collision.

A resident in the area told CP24 that drivers often speed along the street.

“I can’t even fathom what the poor father and the mother are going through right now. I have two little kids and I don’t have words, to be honest.”

Roads in the area were closed while police investigated the incident, but they have since reopened.