Toddler dead after falling from 14th-floor of Toronto apartment building

TORONTO -- A toddler is dead after falling from a 14th-floor balcony or window in Toronto's Jane and Finch neighbourhood.

Toronto police say they were called to the area of Driftwood Avenue and Yorkwoods Gate at 5:24 p.m. for a report that a child had fallen.

"We received a 911 call from a passerby who located a small child with what appeared to be very severe injuries," Toronto police Insp. Darren Aldrit told reporters. It's unclear how long the child was on the ground.

Aldrit said that emergency crews arrived on scene and transported the two-year-old boy to hospital with life-threatening injuries where he was later pronounced dead. 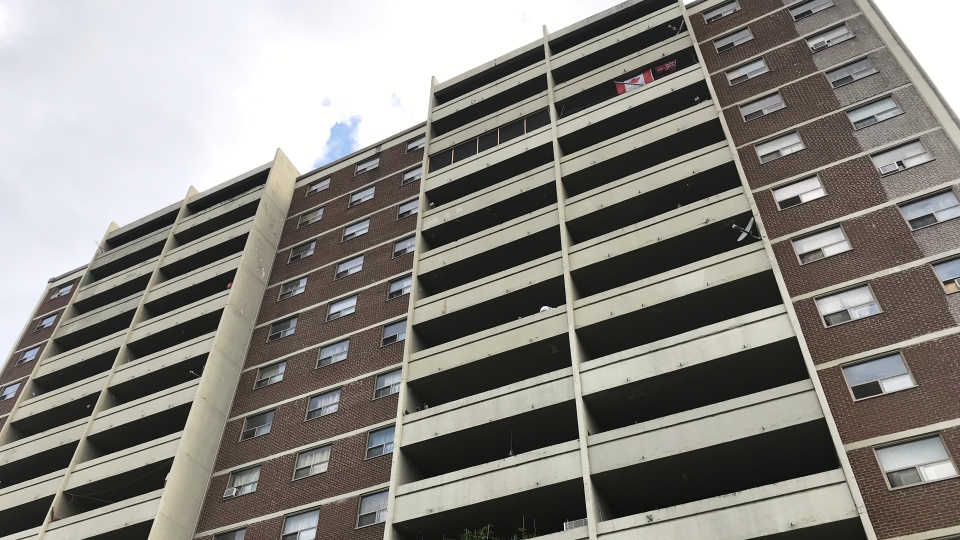 Police say that the toddler's mother was with him in hospital when he died.

While early on in the investigation, Aldrit says that officers are canvassing the building as well as speaking to anyone who may have witnessed the incident.

Investigators say they are treating the incident as suspicious.

One resident of the building, who asked not to be identified, told reporters that she is acquaintances with the mother and described the child as a “nice kid.”

“Everybody in this building knows each other. We all barbeque here sometimes. All of us are one family,” she said. “For me, he was very friendly. You know a couple times, I played with him. He was a nice kid. A nice kid.”

While it’s unclear whether the child fell from a window or a balcony, the resident said that she believes the windows in the mother's unit are equipped with a safety latch. 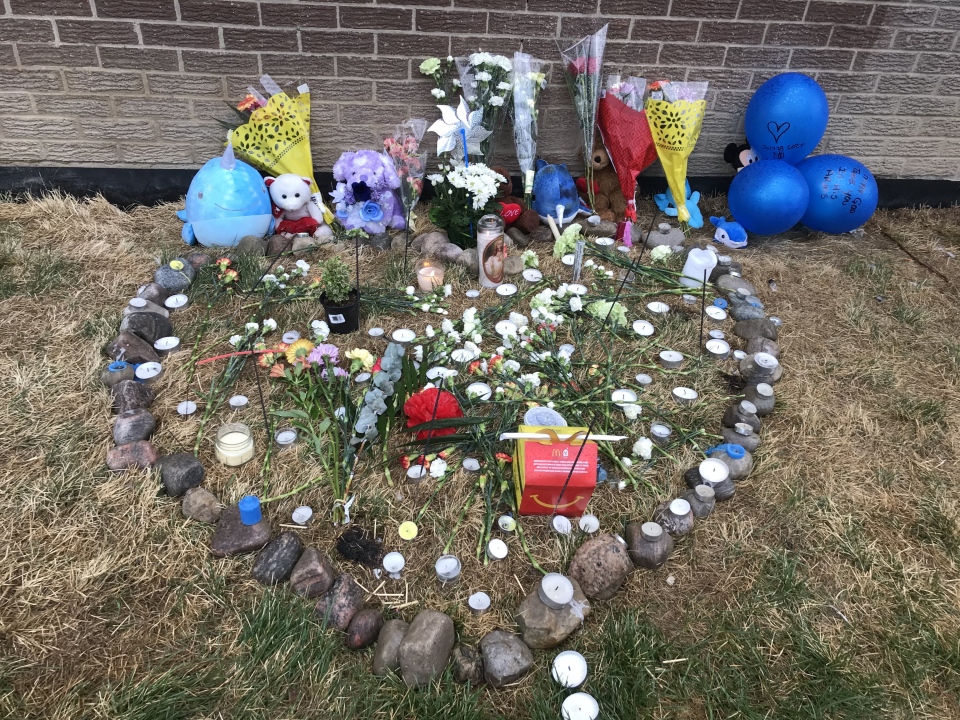 “A child cannot unlatch that, an adult has to do that. Because I have it ony my windows and I live above her. She lives below me."

In the hours following the incident, residents and neighbours gathered at the base of the apartment building to construct a heart-shaped memorial for the boy, which included teddy bears, flowers and candles.

Police are asking anyone with information related to the incident to contact them or Crime Stoppers.