Toddler brought back to Canada from Wuhan is 'getting antsy' in isolation, father says

TORONTO -- The father of a toddler who was evacuated from Wuhan, China and placed in isolation at an Ontario military base says that after more than a week inside the facility, his daughter is starting to get a bit restless.

Richard Fabic voluntarily went into a 14-day isolation period with his daughter and in-laws after they were evacuated on a chartered flight by the Canadian government. His daughter, Chloe, was overseas with her grandparents while he and his wife prepared to move homes in Canada.

“They’ve been monitoring us every day, so they take our temperature twice a day just to see if there are any symptoms,” he told CTV News Toronto over Skype from the Canadian Forces Base in Trenton, Ont. 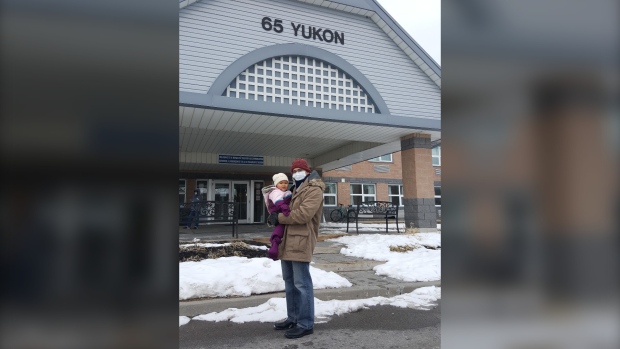 His 15-month-old daughter did well for the first week, Fabic said, but she is “starting to get a bit antsy.”

“She is very curious, she waves to other children, but she also wants to interact with them,” he said. “Right now people are following the rules so they want to make sure there is distance between everyone. We say hello but there is no physical contact.”

MORE: This is where evacuees from Wuhan, China will spend the next two weeks

The family has been allowed to roam the halls and even spend a few hours outside, something Fabic is thankful for.

“I think that did a fantastic job of tiring her out. She slept for two and a half hours.” 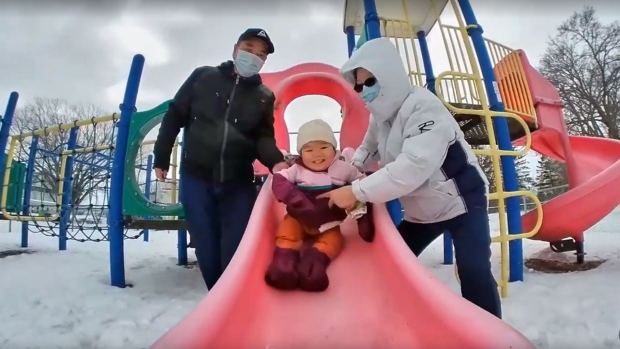 Fabic said the family has received notice that they will be able to leave the military base on Friday. Buses will be available to take people to Pearson International Airport.

Once out of isolation, Fabic plans on taking Chloe to visit their family and “give her a chance to play in close proximity.”

“I was able to yesterday video chat with my family, they are having a get together, they took me around the room and said hello to everyone. It’s not the same but everyone is looking forward to having us out.”

Public health officials have said that all Canadian passengers and their families who were evacuated from Wuhan are healthy and none are exhibiting symptoms of the novel coronavirus.

The second group of Canadians to land in Trenton will be able to leave on Feb. 25 if they remain healthy.