TORONTO -- A driver is lucky to be alive after his car was hit with a flying tire on the Don Valley Parkway Thursday afternoon.

Toronto police said an SUV was travelling south on the highway when one of its wheels came off and crashed into a northbound vehicle.

Images from the scene show the aftermath of the incident, with the vehicle's windshield smashed and a part of its roof crushed. 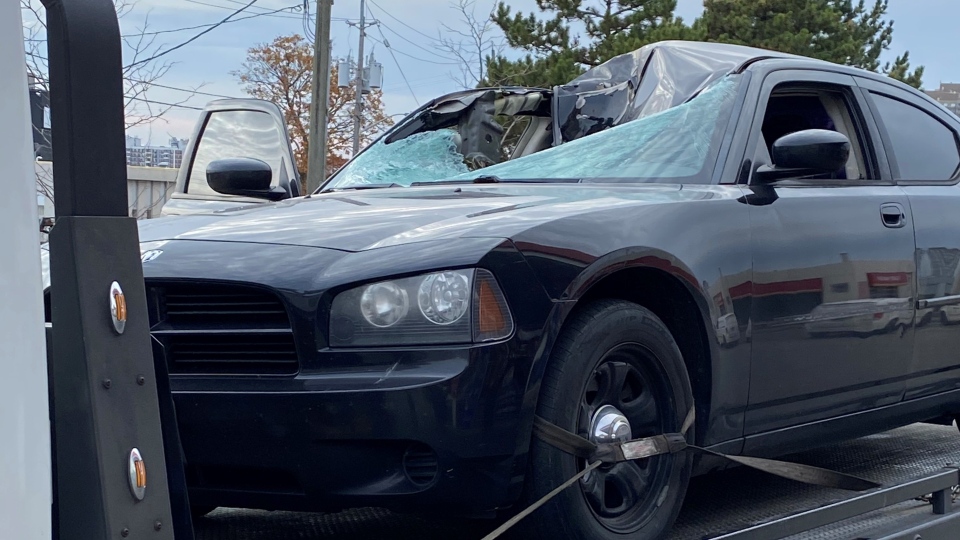 Greg Olders, the driver of the damaged vehicle, told Newstalk1010 that he saw the tire flew over the guard rail and floated approximately 30 feet in the air before crashing back down.

Olders said he ducked under the dashboard to avoid the flying tire.

"You just have to be quick on your feet in terms of looking at stuff and assessing and then trying to avoid it," Olders said. "That's all you can do really."

Police said no injuries were reported.

"It's lucky that no one was hurt as a result of this flying wheel tire, as we know that it could cause serious injuries and/or death," Const. Alex Li told CP24 in an interview. 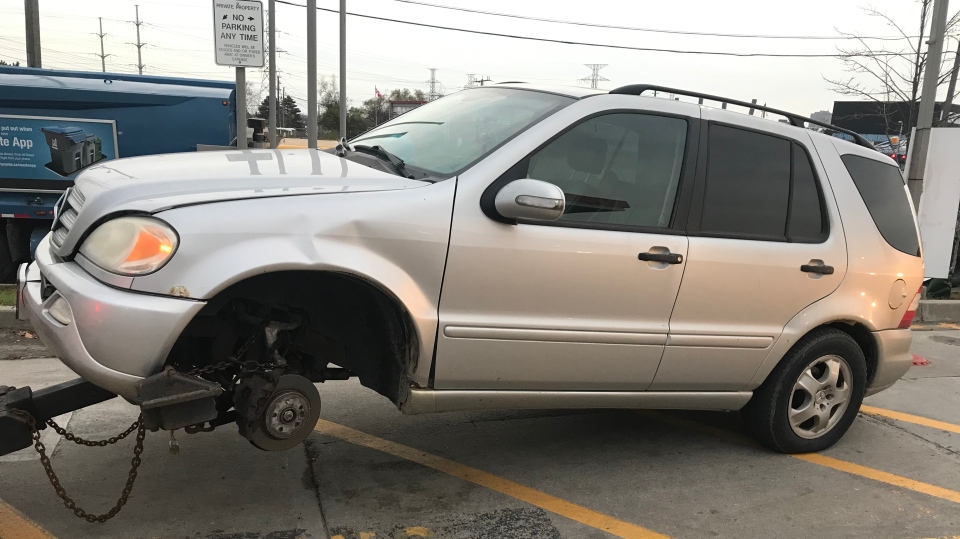 Li said the circumstances surrounding the incident are being investigated by Traffic Services. It is unclear at this time if charges will be laid.

He said it's the time of the year again when many drivers are changing their tires for the winter season.

"You should do that safely, if at all possible, by a professional or at a mechanic shop, to make sure that these wheels are mounted properly and secured, most importantly, to the vehicle," Li said.

"And if you're going to do it yourself, just make sure that you are following the owner's manual on the vehicle with regards to torquing the lug nuts of the wheel to make sure it's actually to specification, and to ensure that these wheels won't be flying off the cars."