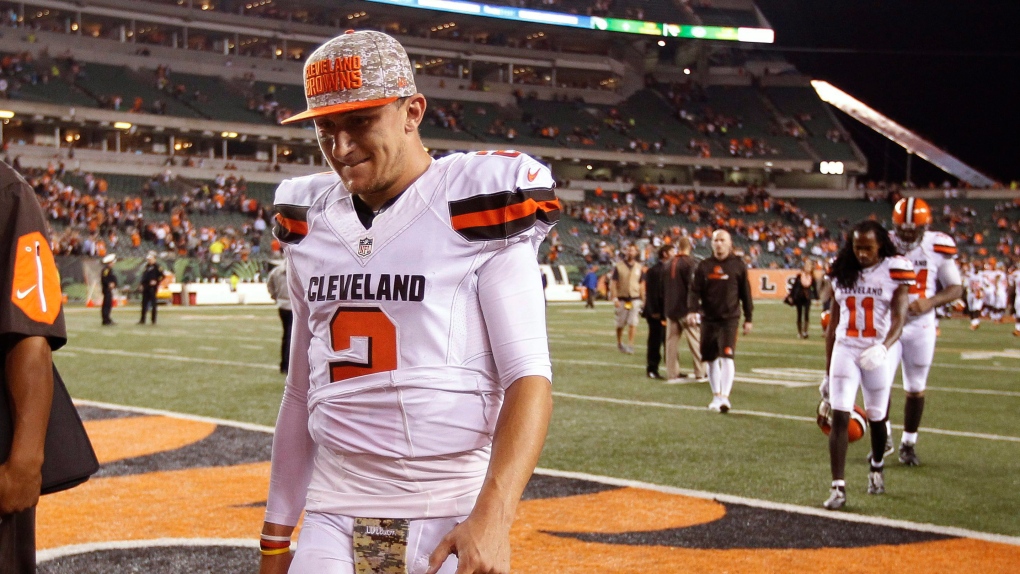 Cleveland Browns quarterback Johnny Manziel walks off the field after the Browns lost 31-10 to the Cincinnati Bengals during an NFL football game Thursday, Nov. 5, 2015, in Cincinnati. (AP Photo/Frank Victores)

The CFL team issued a one-paragraph statement on Sunday afternoon to confirm an offer was made to the former Heisman Trophy winner. By doing so, the Tiger-Cats maintained his rights and prevented him from becoming a free agent.

By making an offer to Manziel, he remains on the Ticats' negotiation list for another year.

The 25-year-old American captured the Heisman Trophy in 2012 and was selected with the 22nd overall pick in the 2014 NFL draft by the Cleveland Browns. After posting a 2-6 record as the Browns' starter, Manziel was released in March 2016 and has been out of football since.