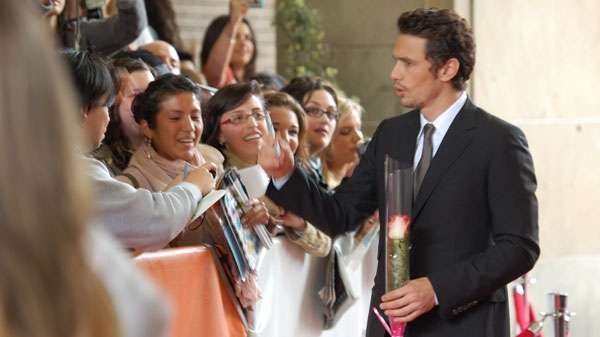 TORONTO - Ontario's governing Liberals are defending their efforts to roll out the red carpet for visiting celebrities -- and their hired muscle -- by bending the rules that require bodyguards to hold a provincial licence.

Ontario requires that all security guards be licenced by the province, but the government has quietly proposed an exemption for Hollywood stars that would take effect just a few days before Toronto International Film Festival begins.

Bollywood stars who were in the city last month for their version of the Oscars -- where Premier Dalton McGuinty posed for the cameras -- weren't extended the same courtesy.

The proposed loophole has some critics accusing the government of giving Hollywood stars special treatment and depriving Ontario-accredited security firms of well-paying work.

Film Ontario and their union ACTRA requested the exemption out of concern that the regulations would chase major film productions -- which employ many local workers -- out of the province, he said.

The A-listers have a "significant influence" on where their movies are shot and if they don't feel comfortable without their personal bodyguards, they'll go elsewhere, Bradley said.

"We want to ensure that this business continues in Ontario," Bradley said in an interview. "It brings in a lot of revenue, it creates a lot of jobs and it means that people who supply them, of course, are making money from this as well."

The Liberals will bend over backwards for high-profile celebrities, while small businesses across the province are forced to toe the line, said Progressive Conservative critic Steve Clark.

The government toughened the regulation of private security guards last year amid complaints the rules were too lax and granted licences without proper training. Now it can take months to obtain the proper licence, he said.

Bars and restaurants were targeted by police for licensing infractions when Prince William and Kate visited Ottawa, Clark said. And there have been crackdowns in other cities like Niagara Falls.

"I think that the entire system's botched and to now provide that pass when the system is so full of red tape -- that's questionable," he said.

Some private security providers have complained that the exemption has already cost them a significant amount of business. But others say it's reasonable to allow movie stars to bring in one or two bodyguards.

Many celebrities have employed their bodyguards for years and don't trust anyone else, said Sunil Ram of Executive Security Services International, who has worked with star clients.

"It's hard to find a good personal security agent, and when you do, you hang on to them," he said.

And there are still plenty of security jobs to go around, Ram added.

"They do hire the locals," he said. "Oftentimes, we'll do the 'halls and walls' -- that's a saying in the business -- duties. But depending on the client and the threat level, they may want one of their own people to do their night shift."

The exemption is expected to take effect Sept. 2, six days before TIFF begins. But festival organizers said they had nothing to do with the proposal.

"TIFF was not involved in any discussions on this proposed new legislation," spokeswoman Genevieve Parent said in an email.

"In terms of security during the festival, we work closely with studios and distributors to ensure talent's needs are met and that all parties are comfortable."

An Ontario licence doesn't automatically permit bodyguards to carry guns -- they need a separate licence for that -- but it does allow them to use equipment like batons and handcuffs.

Charges related to regulatory violations aren't criminal, but those convicted of working as unlicensed security guards can face fines of up to $25,000 and up to one year in custody.