TORONTO -- In Ticat territory, Hamilton football fans donned their team colours on Sunday—gearing up for what could be their team’s biggest victory in two decades.

The Tiger-Cats are the favourite to win the 107th Grey Cup, set to kick off Sunday night in Calgary, and long-time fans like Albert and Carolyn Snow say they hope they won’t be disappointed.

“It scares me a little,” Albert Snow said. “They did so well this year, but when it comes to the last game, anything could happen.” 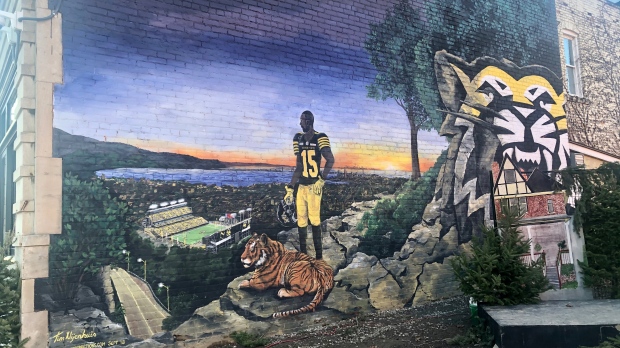 The city will come together to watch their team face the Winnipeg Blue Bombers.Winnipeg hasn’t won a championship in 29 years.

But Hamilton had the best regular-season record, and West Town Bar & Grill owner Joe Stanicak is hopeful the loyal fans who patronize his pub will finally see a pay-off tonight.

“It’s good for the city and it’s good for us to have a professional team to be the best,” he said.

Across the street at the Bitten on Locke bakery, owner Erica Savoy prepared 200 Tiger-Cat topped cupcakes for the big game.

“Since the playoffs, we’ve been doing Ticat stuff like crazy,” she said. “As soon as we knew we were going to the Grey Cup, we kinda went nuts with it.” 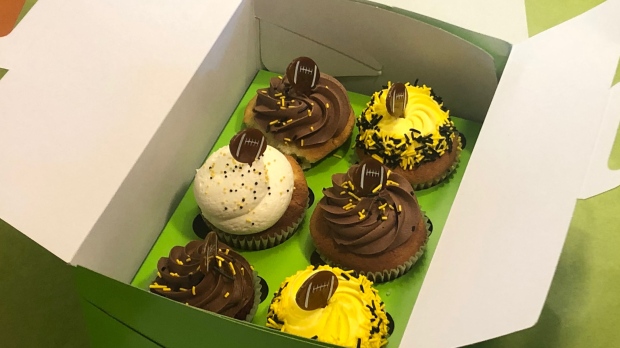 Season-tickets holder Allison Ward was in the bakery buying the Grey Cup treats for a football party.

“Big football fan, big cupcake fan,” she laughed—hoping the game tonight will be just as sweet.

The Grey Cup is set to begin around 6 p.m. on Sunday.