TORONTO -- Three police officers have been taken to hospital with injuries after a stabbing incident in downtown Hamilton, Ont., on Tuesday afternoon.

Hamilton police said they were called to the area of James Street North and Cannon Street East after reports of a person in crisis at around 3:20 p.m.

Investigators said officers engaged with a 24-year-old man who was behaving "erratically" and was in possession of a weapon. 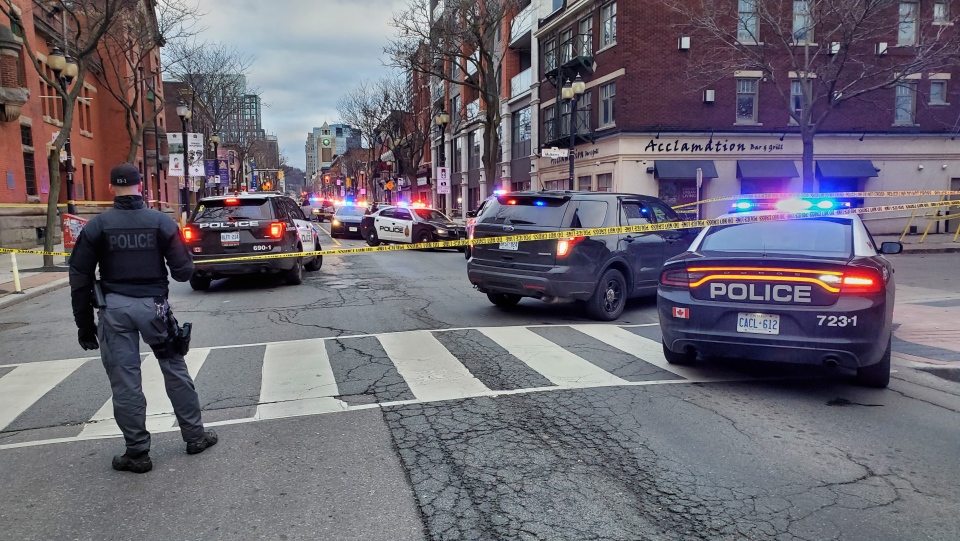 Three officers, who are now in stable condition, were taken to hospital and were all suffering from stab wounds to the neck and head, police said.

The man, who is from Oakville, Ont., was arrested and charged with three counts of aggravated assault with a weapon. He is now receiving medical treatment in hospital for unspecified injuries.

Footage from the scene on Tuesday showed a Taser on the ground with its prongs deployed, but police have not said whether officers used the weapon while attempting to subdue the suspect. 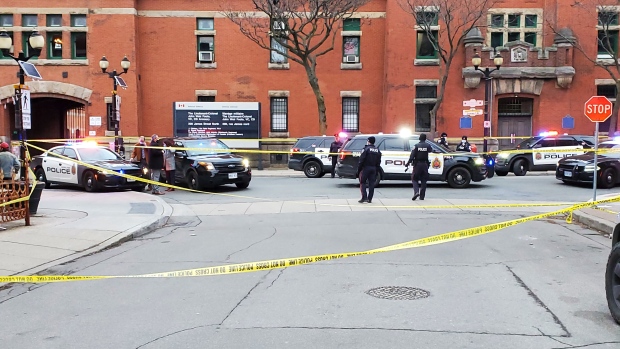 Hamilton police say they are investigating and are asking witnesses and anyone with video footage of the incident to come forward.

“We appeal to the public especially in this circumstance,” Krista-Lee Ernst, a Hamilton police spokesperson, told reporters at the scene.

“Anyone that was a witness that may have been walking by and local businesses if they have video surveillance and their business may have been close, we ask if they could please review it for any evidence and please contact Hamilton police.”

Hamilton Police have responded to a Person in Crisis in the area of James and Cannon in #HamOnt. There is a heavy police presence in the area. More details to follow.