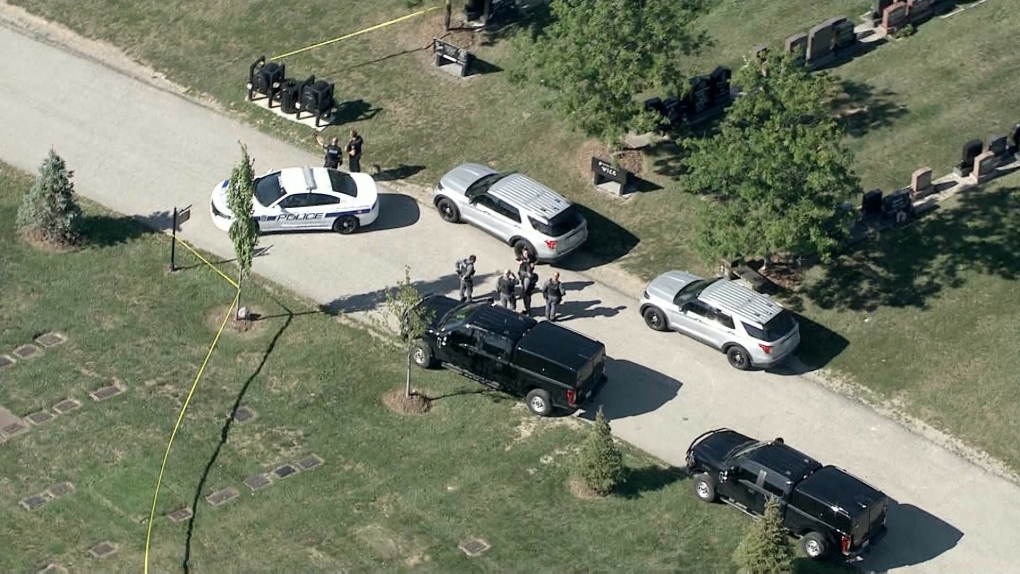 Police respond to a shooting at a cemetery in the area of Bovaird Drive and Chinguacousy Road in Brampton Monday August 31, 2020.

TORONTO -- Peel Regional Police are asking the public for help identifying three persons of interest in a triple shooting at a cemetery in Brampton in August.

Officers were called a cemetery in the area of Chinguacousy Road and Bovaird Drive at around 3:44 p.m. on Aug. 31 for reports of a shooting involving several people.

Three victims were subsequently located suffering from gunshot wounds at the scene.

Police say one victim was found on Mistdale Crescent and was taken to a trauma centre for treatment. The second injured male was located at a firehall near Hurontario Street and Steeles Avenue and was transported to a local hospital. The third victim made his own way to a Brampton hospital to seek treatment for his injuries. 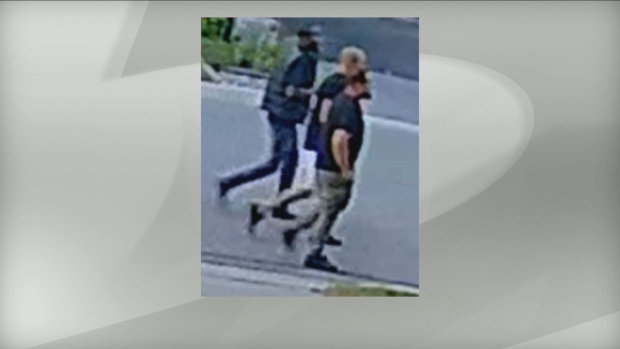 Four vehicles that were on the cemetery grounds, a nearby school, and a home in the area were damaged as a result of the gunfire, police said.

“Investigators have obtained photos of three men, who are considered persons of interest in this case,” Peel Regional Police said in a news release issued early Thursday morning.

The photos have now been released to the public and investigators are asking anyone with information about the case to contact the 22 Division criminal investigation bureau.