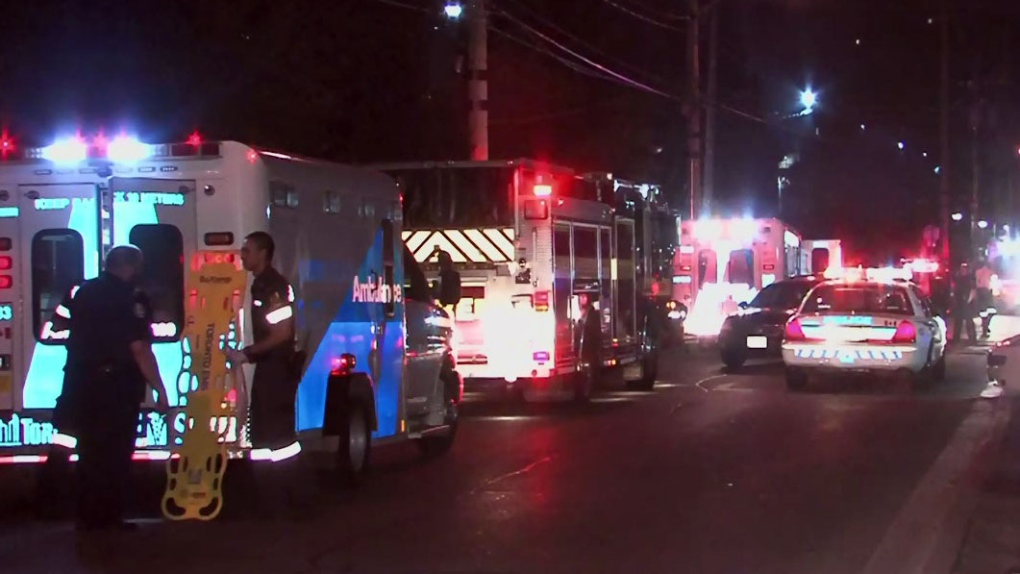 Police are investigating after three people were shot and a fourth person was struck by a vehicle in a Toronto parking lot early Monday morning.

The shooting and subsequent crash happened in a parking lot near King and Dufferin streets, just south of Lamport Stadium, at approximately 3:30 a.m.

Three people were shot, and everyone ran, Toronto Police Sgt. Dan Belanger said. In the chaos, a woman was hit by a black car. The driver of the car did not remain on scene.

Police are looking for the black car that struck the woman near Liberty Street and Fraser Avenue. No arrests have been made. Police were interviewing witnesses who were at a nightclub, Cinema, in the area.