TORONTO -- Three homes have sustained damage after a fire broke out on a residential street in Richmond Hill, Ont. on Wednesday afternoon.

Emergency crews were called to the area of Marbrook and Peterhouse streets just before 1 p.m. 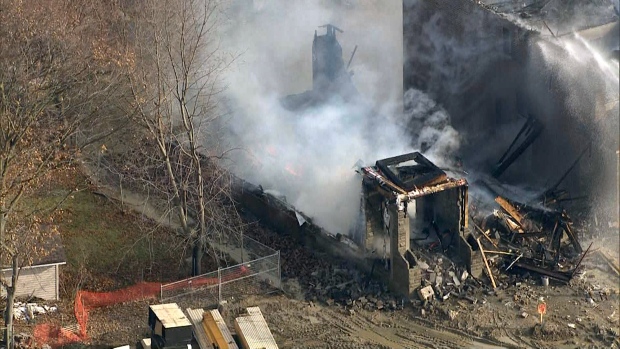 As a result of the fire, officials said two homes that were under construction have fully collapsed and another home sustained “some exposure damage.”

FIRE - If you're seeing smoke in the area of Marbrook Street / Peterhouse Street, Richmond Hill, there are two houses that are under construction that are on fire. @RHFES are at the scene. No injuries reported.

Aerial footage of the scene from the CTV News Toronto chopper showed black smoke billowing from the houses, as well as dozens of firefighters spraying water onto the structures. 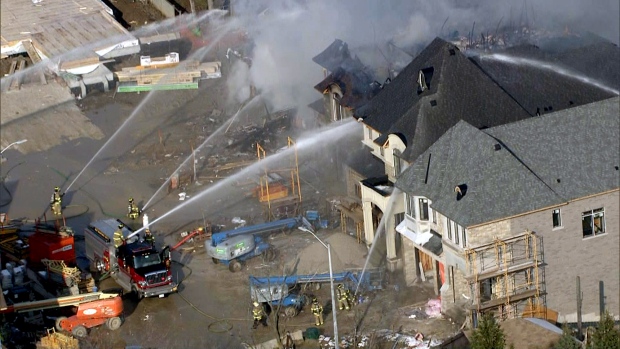 At around 2:30 p.m., firefighters said the blaze was under control but added that crews will remain on scene for the next several hours.

No injuries have been reported.

The cause of the fire is not yet known.