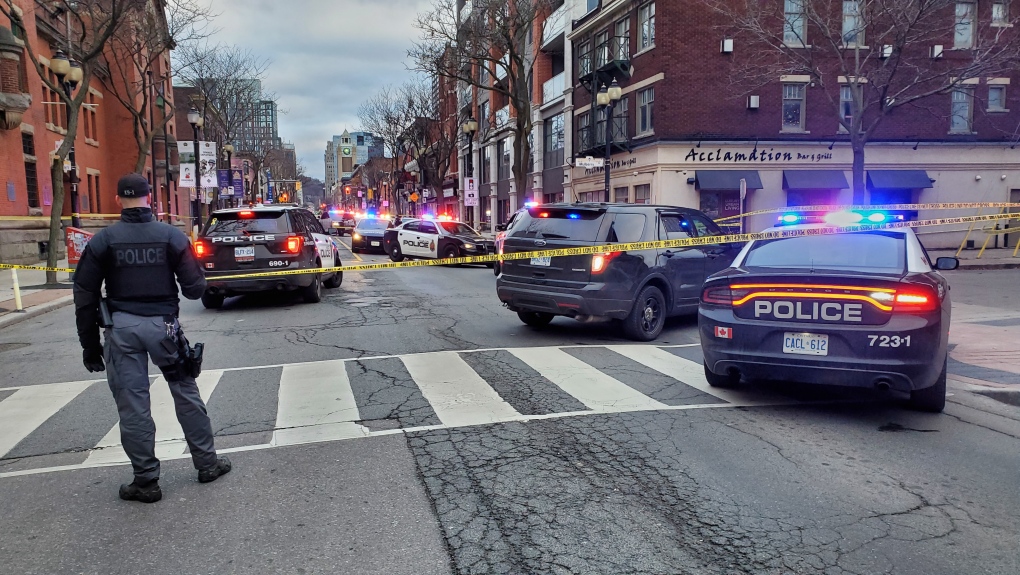 Police are shown at the scene of an incident in downtown Hamilton on Tuesday afternoon. (David Ritchie)

TORONTO -- Hamilton police say three officers stabbed by a man in crisis have been released from hospital.

In a statement issued Wednesday, the force says the officers who were injured Tuesday are now recovering at home.

The force says the officers responded to a call about an armed man on a city street on Tuesday afternoon.

A police spokeswoman said the officers were stabbed in the head and neck during a confrontation with the man and were taken to a hospital for treatment.

The 24-year-old man from Oakville, Ont., has since been charged with three counts of aggravated assault on a police officer.

He's also been charged with four counts of resisting arrest and one count of possession of a dangerous weapon.

This report by The Canadian Press was first published Dec. 23, 2020.