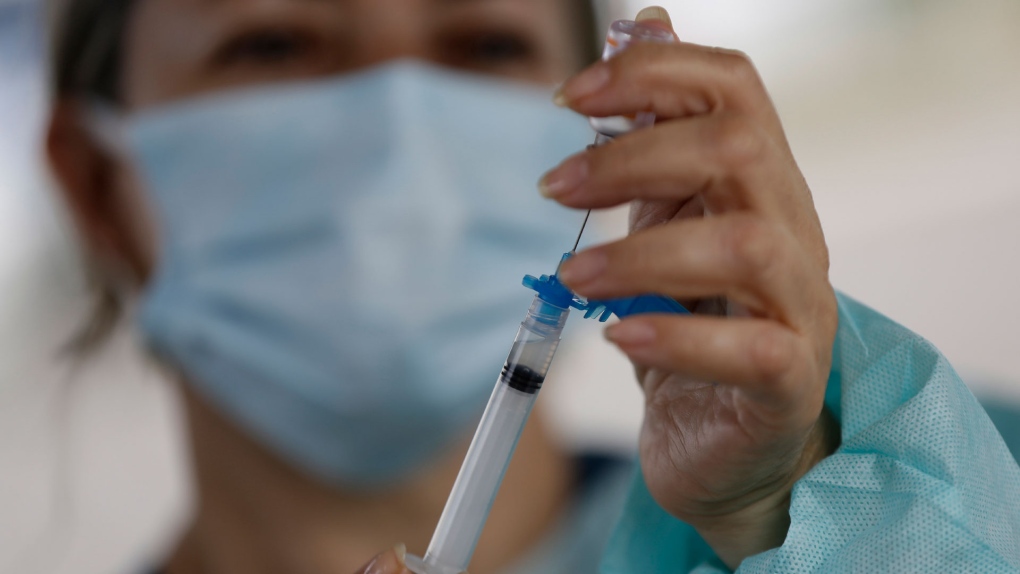 A healthcare worker prepares a dose of the China's Sinovac CoronaVac vaccine during the resumption of priority vaccination at a vaccination center in Brasilia, Brazil, Wednesday, Feb. 17, 2021. (AP / Eraldo Peres)

TORONTO -- Three city employees in Hamilton have been put on paid leave after they allegedly administered more than a dozen COVID-19 vaccine doses to those who were not in the priority group at a mobile vaccination clinic on Friday.

Hamilton Public Health Services said they are investigating the allegations reported by other personnel working at the clinic.

“The city is committed to ensuring that COVID-19 vaccines are administered in a way that is fair, equitable and based on criteria that prioritizes those that are most in need,” Dr. Elizabeth Richardson, Hamilton’s medical officer of health, said in a statement.

“Any actions designed to circumvent the vaccine program’s eligibility criteria are unethical and unacceptable.”

Earlier this week, Hamilton began vaccinating residents 85 years of age or older who are part of Phase 1 of the province’s vaccine rollout.

There are a total of 41,369 vaccine doses administered in Hamilton as of Thursday.