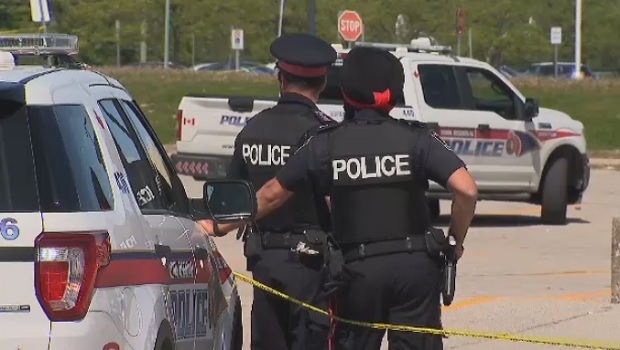 Police have arrested the three suspects who had been wanted in connection with a daylight shooting outside a library in Vaughan last week.

Police were first called to the Pierre Berton Resource Library on Rutherford Road at around 1:45 p.m. on June 3 for a report of shots fired.

Officers did not find any immediate signs of a shooting; however they later learned of a 16-year-old student at nearby Emily Carr Secondary School who was driven to hospital with a minor gunshot wound.

Police have said that the teen had been involved in an altercation in the parking lot of the library when the shooting occurred.

Last week, a 17-year-old boy from Vaughan was arrested and charged with accessory after the fact in connection with the incident but three other suspects had remained outstanding.

In a news release issued on Monday, police said that tips from the public have since allowed them to identify and arrest all three of those individuals.