Thousands gather for protest downtown in support of farmers in India

TORONTO -- Thousands of people participated in a rally downtown Saturday afternoon to stand in solidarity with farmers in India who are facing new laws that they say could threaten their livelihood.

The protest started out as a car rally from Bramalea GO station to the Indian Consulate, on Bloor Street East near Mt. Pleasant Road.

Around noon, people started to gather at the consulate and a convoy of vehicles showed up shortly after. 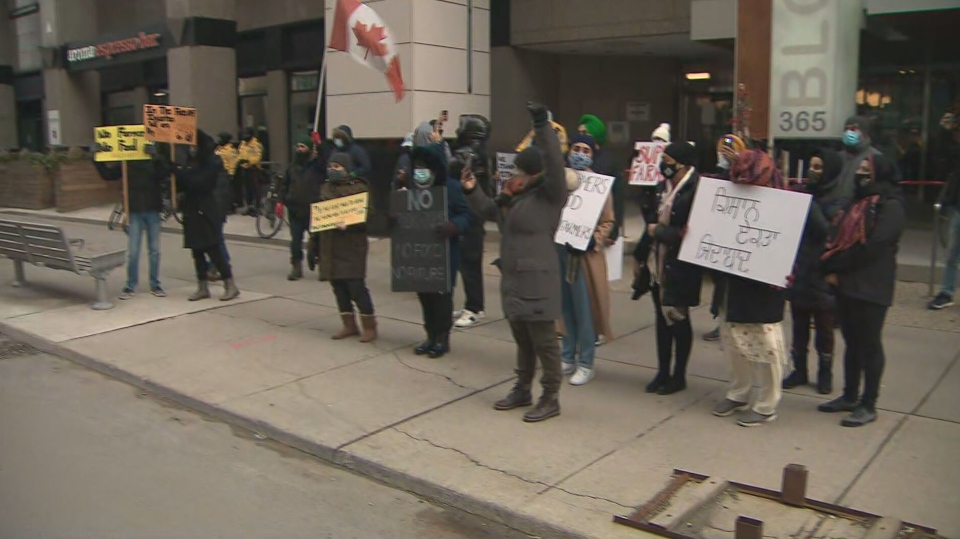 Protesters were seen holding signs and flags while vehicles drove by honking their horns in solidarity.

The protest is in support of rallies in India where protesters are calling on the Indian government to scrap new agriculture laws passed in September that farmers say jeopardize their livelihood.

“We are here representing the farmers that are protesting in India against the three bills. We are here to represent the farmers and be their voice outside of India and show that we are supporting them and standing right behind them,” rally organizer Mansi Kaur told CTV News Toronto. 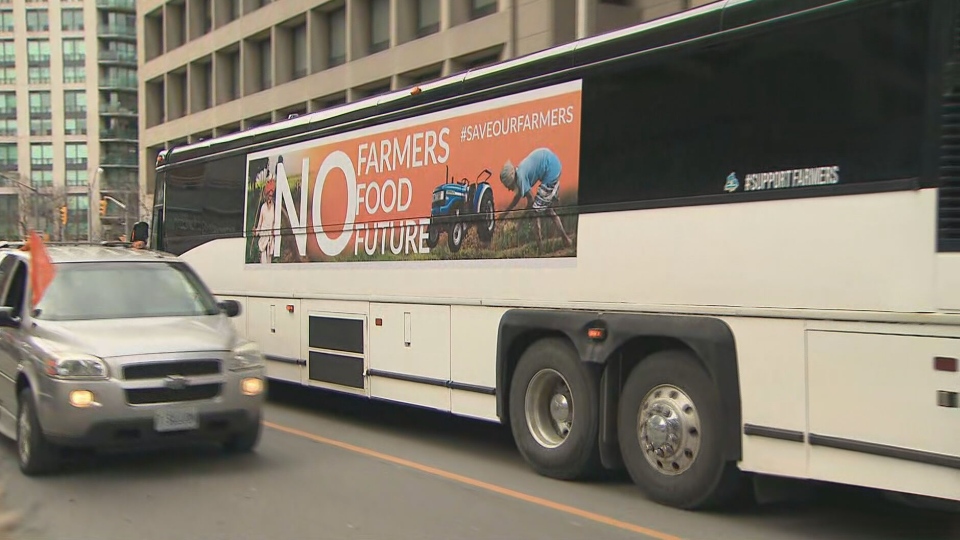 Protesters in India say the laws could cause the government to stop buying grain at guaranteed prices and result in exploitation by corporations that would buy their crops at a cheap price.

However, the Indian government argues that the legislation provides needed reform to the agriculture sector, which will allow farmers the freedom to market their produce and increase production through private investment.

“...It would be like removing the minimum wage for people here,” Toronto rally organizer Nanki Kaur said. So the farmers essentially have no minimum wage and with these three bills what would happen is that since there’s no minimum wage anymore the corporations would move into the farms and they can state any price for farmers’ patty, for wheat, for anything they’re selling.” 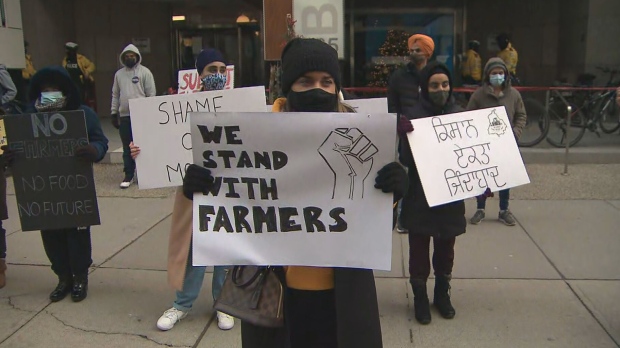 Prime Minister Justin Trudeau commented on the protests in India earlier this week and said “the situation is concerning.”

“Canada will also be there to defend the rights of peaceful protests. We believe in the importance of dialogue and that’s why we’ve reached out through multiple means directly to the Indian authorities to highlight our concerns,” Trudeau said Monday during a virtual celebration for Guru Nanak Dev Ji Gurpurab, a festival to mark the 551st birthday of Guru Nanak, the founder of Sikhism.

Agriculture supports more than half of India’s 1.3 billion population. But farmers have been facing economic hardships over the past three decades. Farmers once accounted for a third of India's gross domestic product but they now produce only 15 per cent of gross domestic product, which is valued at $2.9 trillion a year.

-With files from CTV News’ Ben Cousins and The Canadian Press