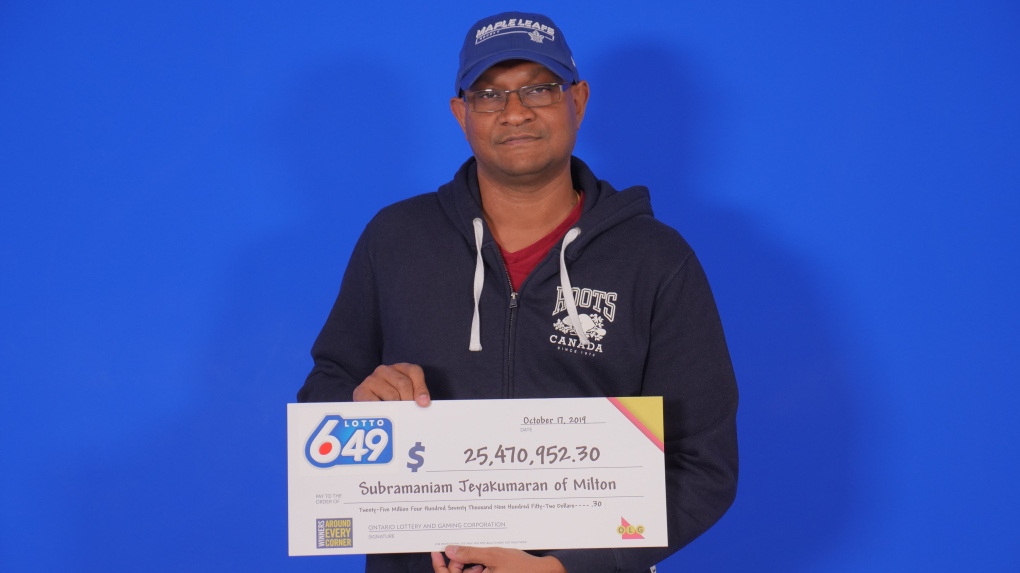 Subramaniam Jeyakumaran claimed his winnings from the Oct. 9 draw at the lottery prize centre in Toronto on Friday.(Handout/Ontario Lottery and Gaming Corporation)

TORONTO -- A Milton man who won $25 million in the Lotto 6/49 draw says he has no immediate plans to quit his job but eventually wants to travel the world.

"I was multi-tasking and not really paying attention but then I heard that particular winning sound and I saw a lot of numbers on the screen," Jeyakumaran said in a press release from the OLG.

"I double-checked my ticket against the numbers online and when I confirmed my win I was up and jumping!"

Jeyakumaran said he held a family conference call to share the good news.

He said he will keep working for now, but is planning on travelling the world. "New Zealand and Australia are first on my list," he said.