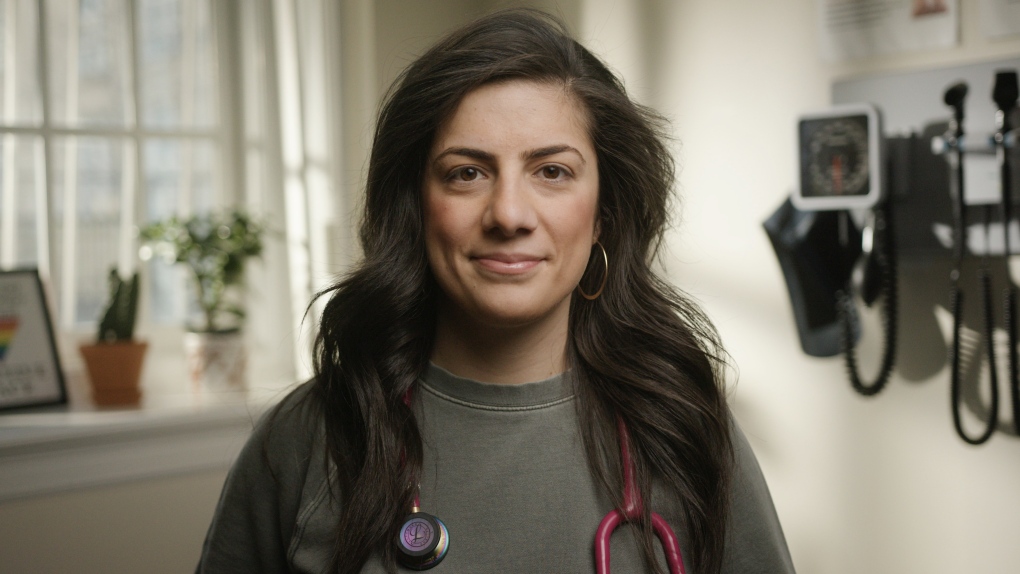 TORONTO -- A Toronto nurse working with youth experiencing homelessness and survivors of sex trafficking got a special shout out from the NHL and Maple Leafs centre Auston Matthews.

“I just wanted to thank you for your incredible work as lead nurse at the Covenant House in Toronto,” Matthews said in a video posted to Twitter Monday. “Your selflessness during these trying times is truly inspirational.”

Elisa Simpson has been a registered nurse since 2013. She is currently the lead nurse at Toronto’s Covenant House BensKids Health Centre, providing mental and physical health support to vulnerable youth.

On Monday, Simpson and Matthews were named the NHL’s “First Stars” of the week.

“Approximately 600 youth visit BensKids Health Centre each year, and the leadership of the facility’s healthcare team – including nurses like Simpson – has been essential throughout the pandemic,” a news release issued by the NHL said.

“Every day, Simpson sees young people who are deeply concerned about the current circumstances. The healthcare team ensures nonjudgmental and holistic care are uninterrupted.”

The news release said Simpson’s father is a big Maple Leafs fan, meaning she grew up in a home where the basement was filled with hockey memorabilia, including an autographed copy of the scoresheet from Darryl Sittler’s 10-point game.

To add to that collection, Simpson will be receiving an autographed Matthews jersey.

The Toronto Maple Leafs tweeted photos of the two “First Stars” on Monday and included the video of Matthews thanking Simpson and all frontline workers for their hard work during the pandemic.

Thank you Elisa, @CovenantHouseTO and all frontline workers for your selflessness, sacrifices and continued support. pic.twitter.com/IEAKlrw6XI

“I also want to thank all the frontline workers for their sacrifices in these trying times, keeping everyone safe and healthy – I just want to thank you guys very much,” Matthew said.

Matthews was named a “First Star” by the NHL after recording seven goals, five assists and 12 points across four games.

The NHL said it is naming a player and a frontline worker as “First Stars” each week to “highlight the incredible work that’s being done in response to the pandemic.”