As unclaimed luggage continue to pile up at Pearson International Airport, one local resident has been looking for his bags for 16 days after arriving in Toronto.

The man who identified himself as Dean told CP24 Saturday afternoon that he flew from Calgary on a direct flight, landing around 12:30 a.m. on June 17. He said he was asked last minute to check in his bag.

For three hours, he waited for his bags, but they did not show up. He then waited in line for customer service for an hour, only to receive no answer about his bags.

More than two weeks later, they remain nowhere to be found.

"I've been back to the airport three times now. And it's been 16 days and no sign of my bag. I've looked through these 2,000 bags here over and over again to look for my bag. It's nothing," Dean said.

He added that he has repeatedly called customer service and even filed a claim, yet there are still no updates on where his bags are.

"My only option was to actually physically come here and talk to customer service. And they've been helpful as much as they can, but … my bag is in limbo," Dean said.

He is only one of several thousand travellers who have desperately sought their bags at Canada's largest airport. Thousands of bags continue to sit idle in the baggage claim area at Pearson airport, waiting for their owners to collect them. On social media, travellers continue to voice their anger as they plea for airlines to find their bags.

According to the Greater Toronto Airport Authority, which operates Toronto Pearson, baggage responsibility is shared among different groups. Airlines and their contracted ground handling company are responsible for baggage handling, including removal of luggage from the plane, induction into the baggage system and the rate at which bags are loaded onto the carousel.

"A number of issues over the past several days have led to challenges with baggage. This includes flight delays and cancellations, staff shortages with our airline partners and temporary mechanical disruptions with the baggage system," the GTAA said in a statement.

"We have worked with the airlines to ensure unclaimed bags are removed from the carousels and staged in the baggage hall to make room for bags from other flights." 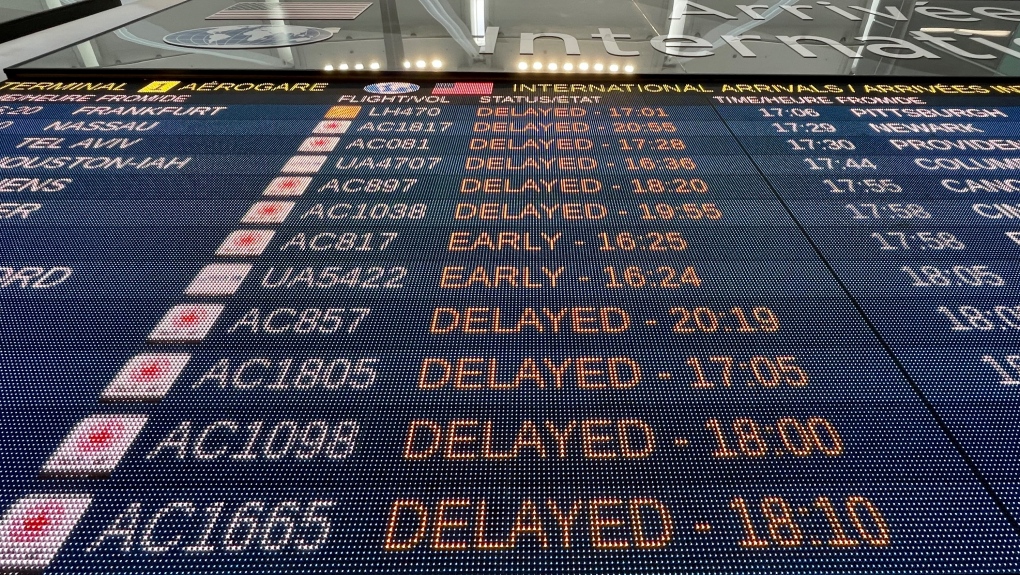 Dean said he is hoping to retrieve his bags soon as he is travelling again next week.

Dean added that airlines need to communicate better with their customers.

"Whether it's a supply chain shortage or a staff shortage or mechanical, whatever it is, it's got to be more communication for airlines because this is ridiculous," he said.

"I just feel sorry for everybody's waiting for their bags. These are vacations that have been ruined. People have been waiting for hours and hours for the bag and just extreme frustration. If you look around here, this is just one terminal. Maybe Terminal 3 has more bags, who knows?"