Ontario Premier Doug Ford has unveiled his cabinet for the 43rd Parliament of Ontario.

Ford has made some big changes to his front and back benches, including appointing a new Minister of Health, keeping the current education minister in place, and adding a newly-elected MPP to the Tourism, Culture and Sport file.

This is who’s in and who’s out of the 30-person Progressive Conservative cabinet:

The former Solicitor General of Ontario will now serve as Minister of Health and replace Christine Elliott. Elliott held the post for the entirety of Ford’s first term and was at the helm of Ontario’s sometimes rocky COVID-19 response. She decided not to run in the June election.

Stephen Lecce will continue to serve as Ontario’s Minister of Education, a position he has held since June of 2019.

The King—Vaughan MPP was in the hot seat during the provincewide teachers strike in 2020 and rolling school closures due to COVID-19 the same year. There was speculation that he may be replaced. 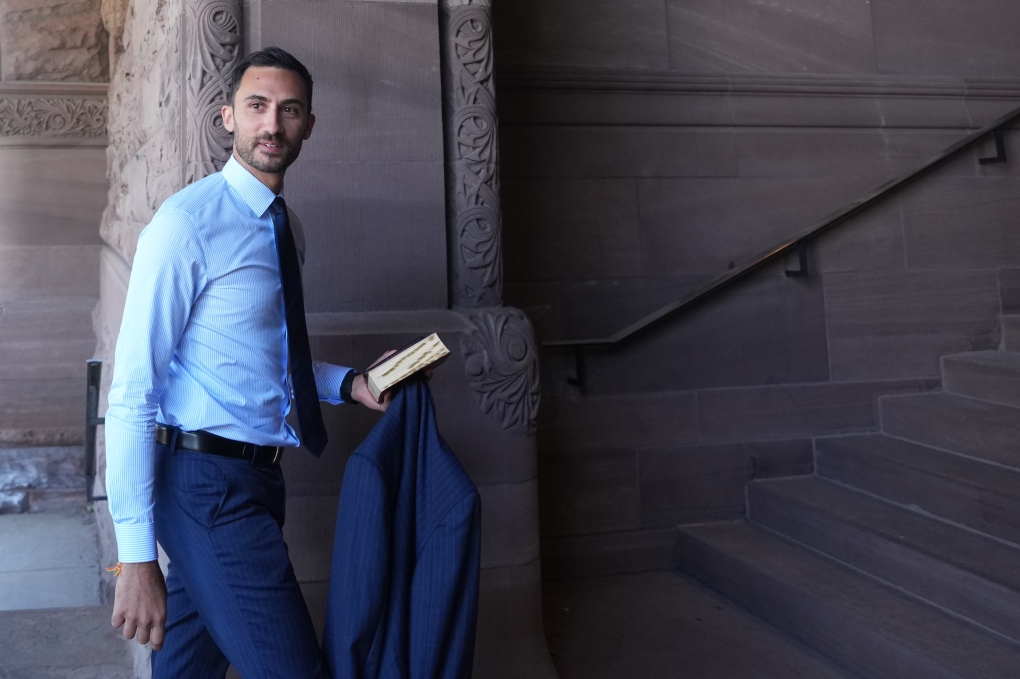 Rookie MPP Michael Ford will take on the role of Minister of Citizenship and Multiculturalism.

Ford, who is the premier’s nephew, has served as a Toronto city councillor since 2016.

The first-time MPP and former CFL running back will serve as Minister of Tourism, Culture and Sport.

The hall of famer was elected to the Hamilton East—Stoney Creek riding on June 2.

The Tourism, Culture and Sport file was previously held by Lisa MaCleod, who no longer holds a cabinet position. 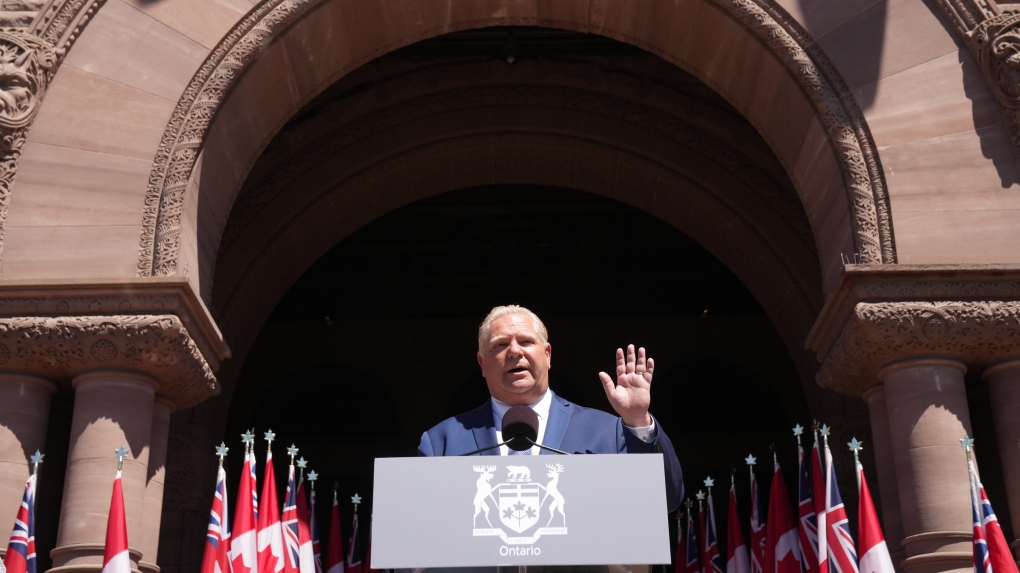 Premier Doug Ford takes his oath prior to the announcement of his new cabinet at the swearing-in ceremony at Queen’s Park in Toronto on June 24, 2022. THE CANADIAN PRESS/Nathan Denette

Peter Bethlenfalvy will continue to serve at the helm of Ontario's finance ministry.

He was Ford’s third finance minister in the first term, replacing Vic Fedeli and then Rod Phillips, who resigned after he vacationed in the Caribbean during a provincewide lockdown.

Bethlenfalvy tabled the province’s 2022 budget in April, which was not passed before the election but stood as their platform.

Caroline Mulroney will remain as Ontario’s Minister of Transportation.

Mulroney previously served as the Attorney General of Ontario from 2018 to 2019.

Fullerton stays on as Minister of Children, Community and Social Services.

Fullerton was shuffled to the Children, Community and Social Services file in June of 2021 –- less than two months after a commission investigating how and why the coronavirus spread in nursing homes found the province had no plan to protect long-term care residents from the virus.

The bioscience and technology entrepreneur was elected in York Centre earlier this month and takes over the Solicitor General file from Sylvia Jones.

The former mayor of Bracebridge, Ont., will serve as Minister of Natural Resources and Forestry.

Greg Rickford had held the position previously and will stay on as Minister of Northern Development and Minister of Indigenous Affairs.

Rickford also oversaw the mining portfolio, which will now be lead by George Pirie, the former mayor of Timmins,  as Minister of Mines, with a specific mandate to develop the Ring of Fire.

The full list of Ford's executive council can be found here.

A two-year-old child from Regina has been found safe, following an alleged abduction and Amber Alert.

How Biden's new approach has led to legacy-defining wins

Over five decades in Washington, Joe Biden knew that the way to influence was to be in the room where it happens. But in the second year of his presidency, some of Biden's most striking, legacy-defining legislative victories came about by staying out of it.

The Montreal Canadiens haven't brought the Stanley Cup home since 1993 -- but a very convincing replica is sitting in a garage in Boisbriand, Que., about 35 km northwest of Montreal.

Family members, friends and veterans gathered Sunday to pay their respects and remember the lives of Albertans who died while fighting in peacekeeping missions and support operations around the world.