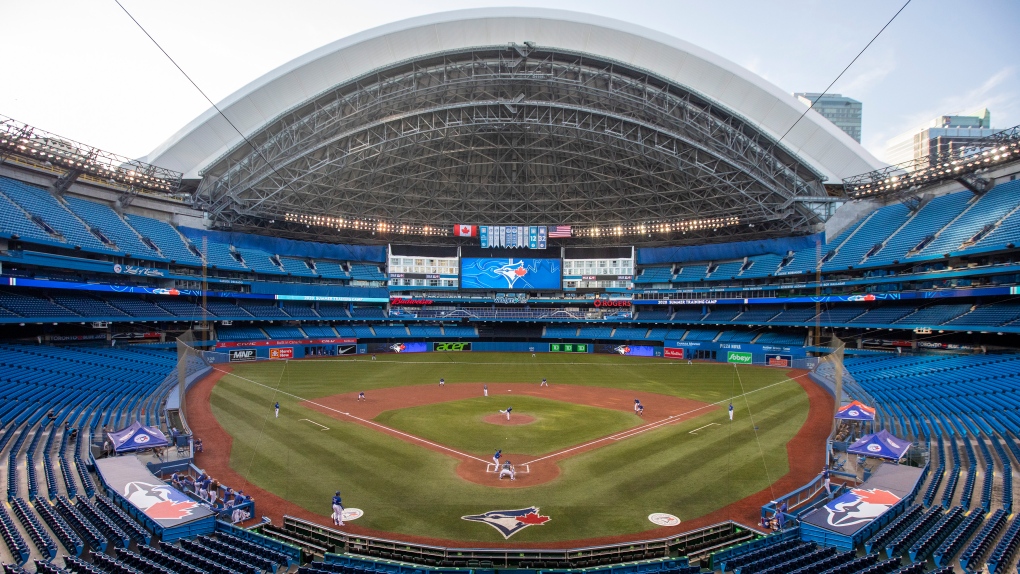 The Toronto Blue Jays are set to unveil their vision for what is expected to be a significant overhaul of the Rogers Centre during a press conference this afternoon.

Few details have been released about the renovations so far, however President and CEO Mark Shapiro did tell reporters in March that the work would take place over the next two winters.

News of the renovations comes nearly two years after a report in the Globe and Mail that suggested that the Jays and the developer Brookfield Asset Management Inc. were working on plans for a new downtown stadium. The Blue Jays later confirmed that they were “exploring their options” regarding the future of the Rogers Centre but put the work on hold amid the COVID-19 pandemic.

The Rogers Centre opened in 1989 at a cost of roughly $570 million, or about $1 billion in today’s dollars.

It was the first stadium ever built with a fully retractable motorized roof.

As part of today’s press conference, the Blue Jays say that they will be unveiling further details about the renovations and “first design renderings.”

Loretta Lynn, the Kentucky coal miner's daughter who became a pillar of country music, has died. Lynn's family said she died Tuesday at her home in Tennessee. She was 90.

Elon Musk drew backlash on Monday from Ukrainian officials, including President Volodymyr Zelensky, for his unsolicited advice on how to bring about "peace" amid Russia's ongoing invasion of the country.

Nearly 1 in 5 Canadians putting off buying a home due to inflation, high interest rates: survey

With high inflation and rising interest rates, a new survey has found nearly one in five Canadians say they're putting off buying a home.

opinion | Don Martin: An Alberta storm is brewing as Danielle Smith is set to become premier

The next premier of Alberta could well make Conservative Leader Pierre Poilievre look like a right-wing lightweight, Don Martin writes in an exclusive column for CTVNews.ca.

'It came in straight through the master bedroom': Transport truck slams into home in Nanoose Bay, B.C.

A transport truck driver was airlifted to hospital Monday after his truck slammed through a home in Nanoose Bay, B.C., narrowly missing residents.

Control over immigration and Quebec's religious symbols ban could be sources of conflict between Ottawa and the province as Premier Francois Legault begins his second mandate.

A quarter of Canadians are looking to cash out their investments, survey finds

About a quarter of Canadians are losing confidence in the stock market and are now looking to cash out their investments, a new survey has found.