'This is not right': Motorist calls 911 to report dangerous driver but is put on hold for six minutes

TORONTO -- A man who was worried someone would be killed by an erratic driver is upset that when he called 911 for emergency help he was put on hold for six minutes.

Sam Gill said he was driving on a busy Mississauga, Ont. road in December when he spotted a car weaving in and out of traffic and at times even mounting snowbanks.

Gill said he wasn’t sure if the driver was having a medical emergency or was impaired but knew the motorist shouldn't be on the road.

"I didn’t think this person had control of the vehicle," Gill told CTV News Toronto on Monday. 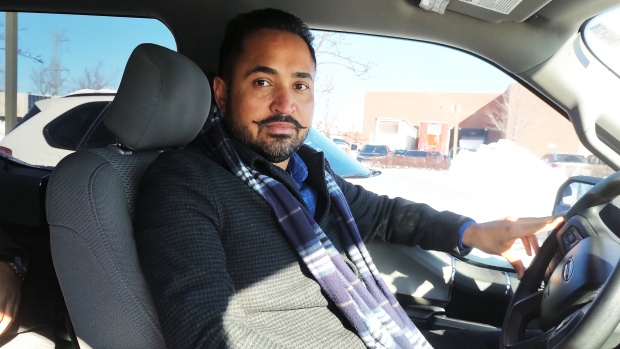 "This vehicle starts going on the extreme right with no signal on. He climbs onto the curb on a snowbank and takes a good tumble. You can see it bouncing up and down."

"We called 911 and the expectation is that as soon as it rings someone will pick up and say 'What's your emergency?' but that doesn't happen," Gill said.

While he was on hold with 911, Gill said he followed the erratic driver, honked his horn and flashed his lights several times to get his attention but the driver wouldn’t stop.

"Eventually, he drives on another snowbank and falls asleep," Gill said. "But no one has answered the phone yet. The phone call was answered at six minutes and two seconds exactly." 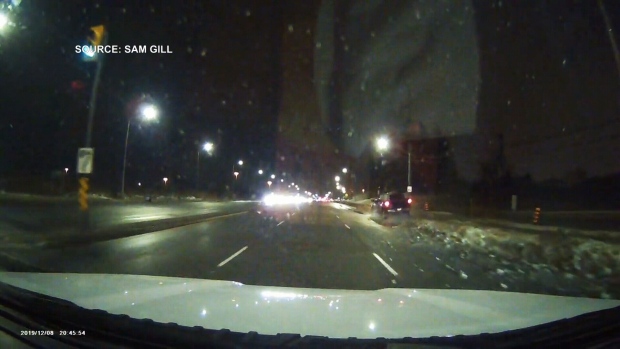 Gill said after he got through to a 911 operator, police arrived at the scene in less than two minutes and arrested the man.

"This is not right. Someone should be answering the phone," Gill said. "He's lucky he didn't die and that no one else died."

Peel police Constable Bancroft Wright told CTV News Toronto there was an influx of approximately 30 emergency calls at the time and because of that Gill's call was placed on hold.

"Situations like this happen," Wright said. "That's why we do 911 awareness campaigns, so the public knows the reasons to call 911."

"We don't know what the 30 different calls were but we do know there is quite a possibly some of those calls were not really 911 calls."

Peel police said the driver has since been charged with two counts of impaired driving.