Third suspect sought after taxi shot at in Scarborough 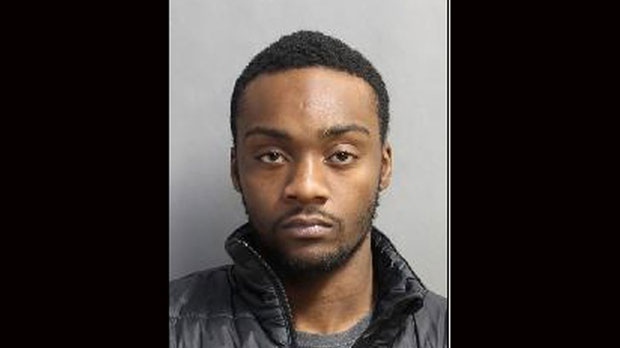 Donando Baugh, 20, is pictured in this police handout.

Police are searching for a 20-year-old man in connection with a firearm investigation after three people shot into a taxi in Scarborough last week.

The incident occurred around 9 p.m. on Dec. 10, in the area of Gilder Drive and Midland Avenue.

The driver of a taxi was stopped in front of a building with a male passenger when three people in a dark-coloured car approached.

Toronto police said that all three people got out of the vehicle and started to shoot into the taxi.

The taxi was able to flee the scene.

Two people were taken into custody in connection with the shooting.

Investigators are asking for the public’s assistance in locating a third suspect.

Donando Baugh, 20, of Toronto is wanted for attempted murder, aggravated assault, and a number of firearm-related offences.

“He is considered armed, violent and dangerous. If located, do not approach. Call 9-1-1 immediately,” Toronto police said in a news release issued Monday.

Anyone with information is being asked to contact investigators at 416-808-4100 or to reach out to Crime Stoppers anonymously.