After returning from a month-long trip, an Ontario woman was shocked to find the catalytic converter in her vehicle had been stolen while it was parked in a fenced lot at Toronto Pearson International Airport.

When Etobicoke resident Jennifer Servos Jones and her family travelled to Grenada to visit with relatives for a month, they decided their SUV might be safer parked in a fenced Park N' Fly lot near the airport.

But when they returned home and picked up their vehicle, they were shocked at how loud their Mitsubishi SUV was when it started up. 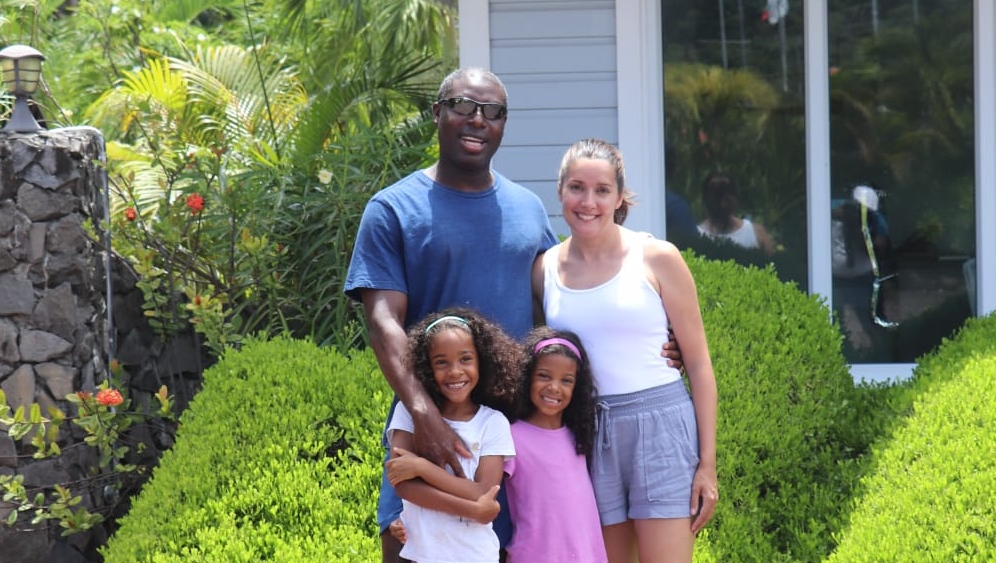 Jennifer Servos Jones alongside her family.

“When I started it, it sounded more like a motorcycle than a family car. It was extremely loud,” Servos Jones told CTV News Toronto Thursday.

Her 2020 Mitsubishi SUV's catalytic converter had been stolen.

Thieves are stealing catalytic converters from vehicles parked in driveways, dealerships and now they appear to be stealing them from from parking lots near airports.

Criminals cut off the converters which are designed to help reduce pollution from vehicle's exhaust systems because they contain precious metals like platinum, rhodium and palladium thieves sell on the black market.

Upon learning of the incident, Park’n Fly told Servos Jones they would pay for the month of parking and agreed to pay her insurance deductible.

Frank DeCesare, Vice President, Marketing & Sales with Park’N Fly told CTV News in a statement, “We take the security of our customers’ vehicles seriously. Our parking lots are fenced-in compounds that are only accessible via gated entry. All lots are patrolled and accessed by our staff on a 24/7 basis, to move vehicles between our safe and secure off lots.”

“Park’N Fly transported Jennifer and her family safely home, and at no time was Jennifer going to be out of pocket for any incidentals associated with the incident,” they said.

Servos Jones said the cost to replace the catalytic converter for her vehicle was going to be $8,000 and there was a three month delay to get the parts.

When Servos Jones contacted CTV News Toronto, she was concerned when her rental coverage ran out, she would be responsible for the cost of a rental as her coverage only allowed for a rental for about two weeks, but her SUV might not be ready for three months.

“I'm in a rental but my coverage for that will be running out in a couple of weeks and after that I’m on the hook until I get my car back,” she said.

Kelsey Hawke, an insurance expert at RatesDotCa, an insurance comparison website said that parts delays and a lack of rental cars mean other drivers are also in the same situation.

"These are the longest claims delays we have seen in the industry so this is occurring pretty regularly where people find they didn't have adequate rental coverage," Hawke said.

CTV News Toronto reached out to Mitsubishi Motors Canada on Servos Jones behalf and Michelle Lee-Gracey, Senior Manager, Communications Strategy with Mitsubishi said they were able to source a catalytic converter from a recent cancelled job.

“We have advised the customer that they should be receiving the part tomorrow. It is unfortunate we are having this industry-wide issue. We will continue to work with any impacted customers to receive parts as soon as possible and reach satisfying solutions,” they said.

Servos Jones was relieved to know she will get her SUV back tomorrow and will not have to worry about being out of pocket for a rental car.

“I’m so pleased that they were able to fast track the parts. It will be a relief to get our vehicle back,” she said.