Four hundred and forty pounds of bagels arrived in large boxes—enough to feed 100 neighbours who pitched in on the historic delivery.

“I’m very excited. I was voted in my home to get my pajamas off and go get those bagels,” said Bloor-Ossington resident Alison Schofield, as she picked up her order.

The bagels came all the way from St. Viateur Bagel in Montreal, a landmark in that city since 1957.

“It was kind of thrilling to order bagels from Montreal, and the St. Viateur ones I just have so many memories of them. You know, whether it’s walking around in a snowstorm, or after a nice night out on a warm, sunny day,” said Lissner, who organized the delivery.

The 31-year-old, who hails from Washington, D.C., applied for Canadian citizenship on Monday, May 11. She wanted to celebrate the occasion with her favorite Canadian treat — a rosemary rock salt bagel from St. Viateur.

“So for me, this was just a personal indulgence and celebration.”

However, the shipping costs topped $16 dollars for two dozen. Lissner went online and asked her neighbours if they wanted to join in on the delivery.

“I thought maybe six or seven people would want to get in on it,” she told CTV News Toronto on Thursday. “It swelled up to about 100 people, and that was in no time — less than 24 hours.” 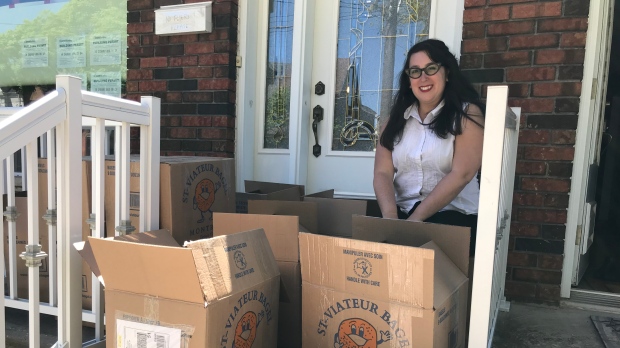 Lissner and her neighbours ended up ordering 180 dozen bagels.

“There have been companies and corporations that have ordered more from us, but to an individual, this is by far the biggest order we’ve ever done,” said Nicolo Piazza, St. Viateur’s director of Canadian shipping.

The bagels were an eagerly awaited treat, which took two days to arrive in Toronto.

“I’ve got the bagels without having to go to Montreal and they’re the best in the world and it’s pretty exciting,” said neighbour Sally McLean.

In addition to ordering her favourite Canadian snack, Lissner was able to raise $800 for “Sistering.” The local non-profit organization helps at-risk, homeless or precariously housed women.

“It was a no-brainer to combine the two,” said Lissner. “And the fact St. Viateur was on board, and also gave generously, was very much appreciated.

Piazza says his family was just happy to help.

“A lot of people do associate a bit of joy with food and comfort food and we’re very blessed... that we were part of this idea.” 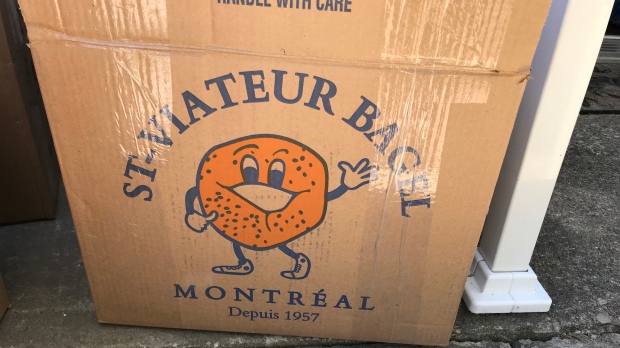 Lissner says the whole experience has been wonderful.

“To bring people together in this way, especially in a time when we’re trying to keep our distance physically, it’s an honour and it is just a pleasure.”