'They are so deserving of this': Ontario teacher helps rescue girls soccer team from Afghanistan

TORONTO -- Inside a high school classroom in a small town just outside of Toronto, teacher Farkhunda Mutaj waits for a group of girls to join a late afternoon Zoom call.

They are not students and they're more than five thousands kilometres away.

They are soccer players, and they are just days into a new life- filled with more possibilities than they could have ever imagined.

It all began more than a month ago.

With the Taliban regaining control of much of Afghanistan, plans were drawn up to help get a group of young female soccer players out of the country. They feared what the future would be like for female athletes and advocates under Taliban control.

One of the people approached with helping to get them out, the captain of the Afghan National Women's soccer team, now a teacher in Newcastle, Ont.

"They were in a situation that they never wanted to be,” Muhtaj told CTV News Toronto. "No one wanted to be forced out of their country." 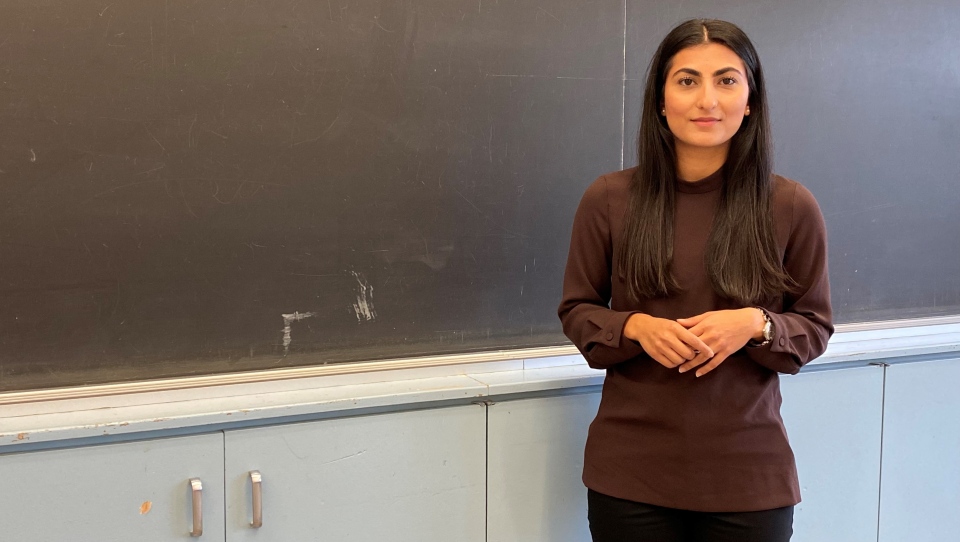 Dubbed "Operation Soccer Balls,” a team of people from around the globe, including U.S. officials, non-profits, and members of the international soccer community worked behind the scenes for more than a month trying to get the 26 youth team members and their families out of Afghanistan.

Muhtaj was the one who spoke directly with the girls.

"These girls had to believe me blindly. They had to put their 100 per cent trust into me, and they had to understand that what I was saying was coming from good faith, from our whole team."

For operational security reasons, the plans were kept secret- even from the girls themselves.

"I could not share details with them. Sometimes they didn't understand why they were going and what the mission was all about and they had to believe us blindly. They had to trust us."

Over several weeks, the girls, and their families, 80 people in total, were moved from safe house to safe house around Afghanistan.

Muhtaj, who is also a former player and now coach at York University, monitored the mission from her home in the GTA.

"You know it was scary, I'll be honest with you," Muhtaj said. "These girls had their full trust in me, full trust in our team that we are working, and we really were. We were working 24-7 looking at every viable option."

Planning began before the August 31st deadline for safe passage out of Afghanistan passed. But the team was unable to get the girls out in time.

"They were emotionally, physically and mentally distraught, you know their mental state was deteriorating and I applaud them through a very difficult time, through these dark times that they were able to stay determined.”

That determinate paid off. Even though the deadline had passed, the planning continued, and early last Sunday the team learned they would be able to leave the country aboard a chartered plane heading for Portugal.

"They have experienced all scopes of what you can possibly see in life that is both negative and positive within this short period of time."

Now the young players and their families are settling in to their new home in Portugal, where the government has granted them asylum.

Speaking to CTV News through Zoom, several of the players talk excitedly about exploring their new surroundings and getting to know their new country.

"We really have a special respect for them," player Sadaf Rezaei told CTV News Toronto about her new countrymen. "Also, we want to continue football here- and also our life in here."

Muhtaj says she's exited to watch the young women grow, both on and off the soccer pitch.