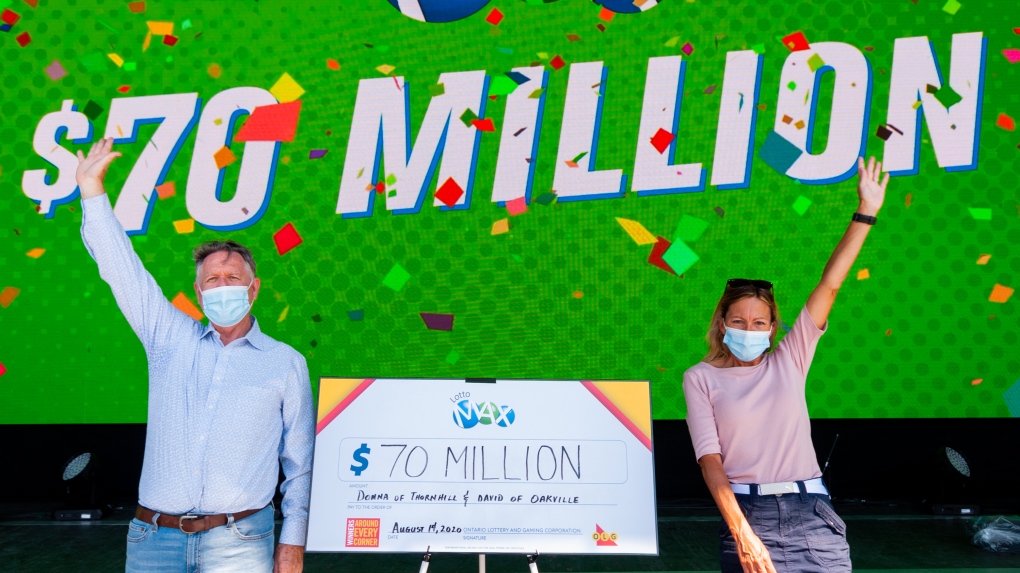 David Overall joked that he and friend Donna Williamson were just hoping to win $20 to continue their “short-term investment strategy” when they bought their winning ticket for last month’s Lotto Max draw.

“Donna actually used our last free play to get the ticket,” Overall, a 63-year-old from Oakville, Ont. who works in the grocery industry, said in a news release issued on Friday.

Williamson, a 60-year-old retired finance employee from Thornhill, Ont., explained that the pair has been playing the lottery as a group for the past 10 years and that it was her turn to buy a ticket that week.

“I considered buying a couple extra for my household, but I decided against it, because it only takes one ticket to win,” laughed Williamson.

“I sent David an email with a scan of our ticket and a caption that said, ‘Here are the numbers for the $70 million. Yabba dabba doo!” Williamson added.

Following the draw on July 31, Williamson said she checked their numbers against those posted online.

Williamson said she called Overall to tell him that they were the sole winners of the $70 million, to which he responded “get out!”

The pair says that the event “still doesn’t feel real,” with Williamson saying she is unsure how to process “something like this.”

“Of all the things that are on my list of major life events, winning the lottery was not one of them. It’s on a whole other level,” she said.

Looking to the future, Overall says he plans to take some time with his family to settle into their “new reality” before making any big decisions, though he admits that the purchase of a cottage may be in his future.

Similarly, Williamson says she hasn’t actually had a chance to think about the future too much, but explains that she wants to travel more when it’s safe.

According the Ontario Lottery and Gaming Corporation, this is only the second time in which a $70 million prize has been awarded in Ontario.