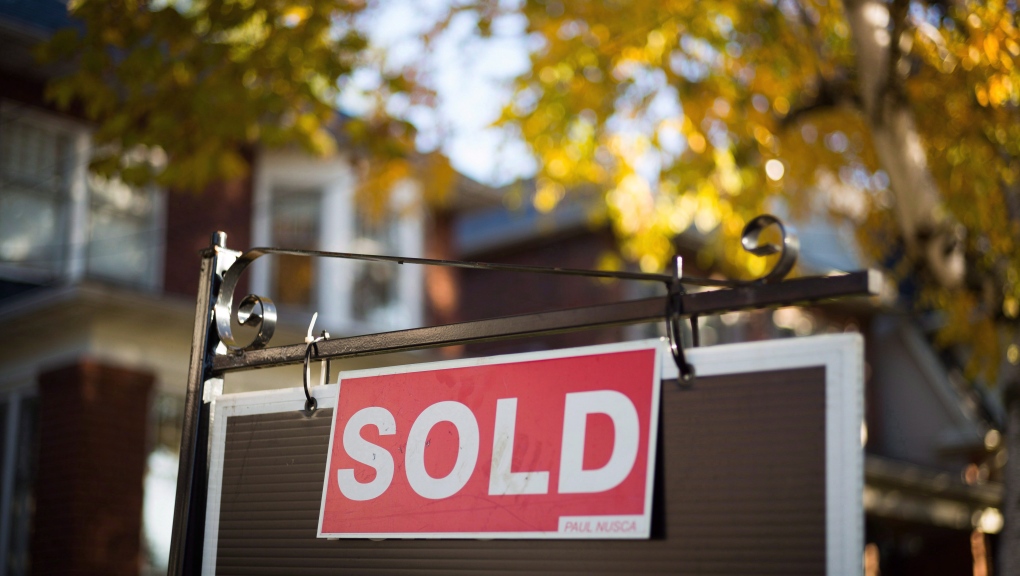 TORONTO -- If you bought a home in Scarborough just before the start of the COVID-19 pandemic you could be looking at a 25 per cent increase in value, a new report claims.

The results showed that the value of properties purchased in Scarborough, Etobicoke, and York in the six months before the onset of the pandemic appreciated the most, while homes in the downtown core appreciated the least.

“Real estate is hot everywhere in Toronto, but with downtown dwellers looking for more space and more affordability, home values in areas on the outskirts of the city have seen the greatest appreciation,” the company said in a news release.

According to Properly, the median sold price of a house in Scarborough between September 2019 and February 2020 was $710,000. Fast forward to May of this year, you’d have to shell out some $915,000 to afford the same property.

Conversely, the median sold price for a property in downtown Toronto was $680,000 in the months before the pandemic arrived. Now, that same property is worth $721,709, representing an increase of about eight per cent for the area. 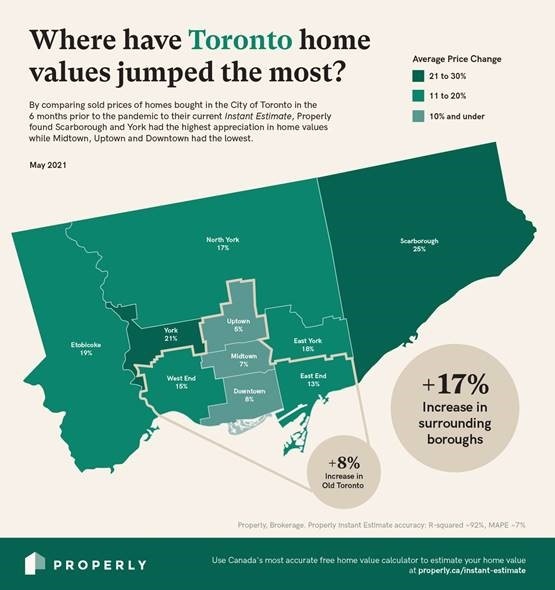 Properly Co-founder and CEO Anshul Ruparell said that the while most homebuyers would have preferred to be close to the downtown core in the past, attitudes have shifted as the pandemic drags on.

“Old Toronto is seeing the overall lowest appreciation within the City of Toronto. It remains to be seen whether this shift away from the core will continue,” he said.

You can see the full list of Toronto neighbourhoods and their corresponding Instant Estimates here.