TORONTO -- Every night since the COVID-19 pandemic began, Liz Falconer has been her street’s local DJ – playing music on a large P.A. system from her front porch at 7 p.m.

“Tonight will be our 66th night in a row,” she tells CTV News Toronto. “It was started by a neighbour of mine who started it with one song. Sixty-six nights later and we are a dancing street!”

The dancing began as part of the #7pmCheer trend that has seen many Torontonians giving daily thanks to local health-care workers. From there, a social gathering of sorts began between the neighbours.

“I do a custom playlist every night,” Falconer says. “We’ve got five year olds and we’ve got 85 year olds. So I try to cross as many decades as I can in the 30 minutes.” 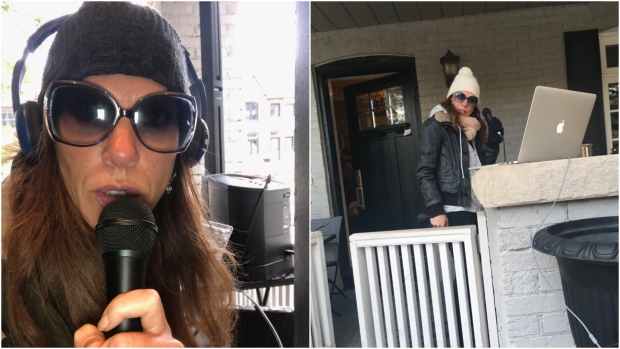 With the physically distant “street party” taking place every night since March, Falconer jokes that she and her neighbours have experienced all four seasons.

“Maybe ten days ago we were all in toques,” she laughs. “In pouring rain, in snow, in hail, these guys come out and it’s just the most amazing experience. It’s so fun.”

Sometimes, the street is treated to live musical performances, thanks in part to some talented new neighbours.

“Within the first few days, they all caught wind of who we were,” says Stuart Walker, one half of the Canadian country music duo The Reklaws. “And they were like, ‘you should play on your front lawn,’ so we did that and it turned out really well.”

“It’s just such a nice thing to do, the whole neighbourhood comes out and stands at the end of their driveways and just kind of has a street party with each other,” adds Jenna Walker, Stuart’s sister and the other half of the musical duo. “It was a great way to introduce ourselves and now we can’t get enough of it,”

“Having The Reklaws come into town, onto the street has just been such a treat for everybody,” Falconer says. “They’re great. They come out, even when they’re not playing.”

On Wednesday night, The Reklaws not only came out to play some music, but they did so with a special musical guest.

“Dean Brody’s actually going to show up on our block and play a song with us,” says Stuart.

“And we’re going to play ‘Can’t Help Myself,'” Jenna adds,  their hit song with the Canadian country star. “We hope that this song has brought some joy to people during this time.” 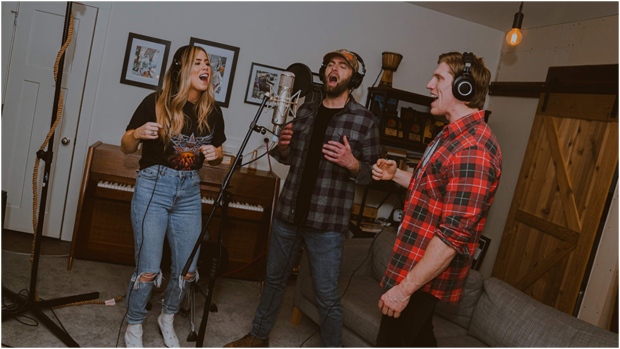 Falconer says she’s realized the power music has to bring people together. She said the experience has even inspired her to create a non-profit called Sound Recovery, with a goal of helping musicians who have been impacted by the novel coronavirus.

“We need the musicians like we’ve never needed them before,” Falconer says. “What goes on every night on our street is just a case in point. There’s something wonderful that happens with music. Sixty-six nights deep, I really believe that there’s something magic going on.”

The Reklaws agree that what has been happening in their neighbourhood is special.

“I feel like it’s really brought this community closer together,” says Staurt. “I hope that as long as this goes on, it kind of inspires other neighbourhoods to do this, as well.” 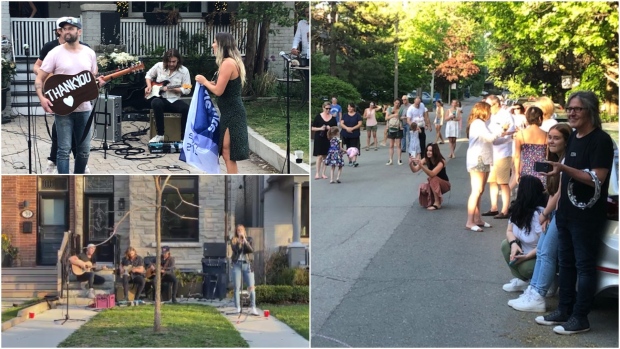