There are at least 90 COVID-19 cases at Milton, Ont. correctional facility, union confirms 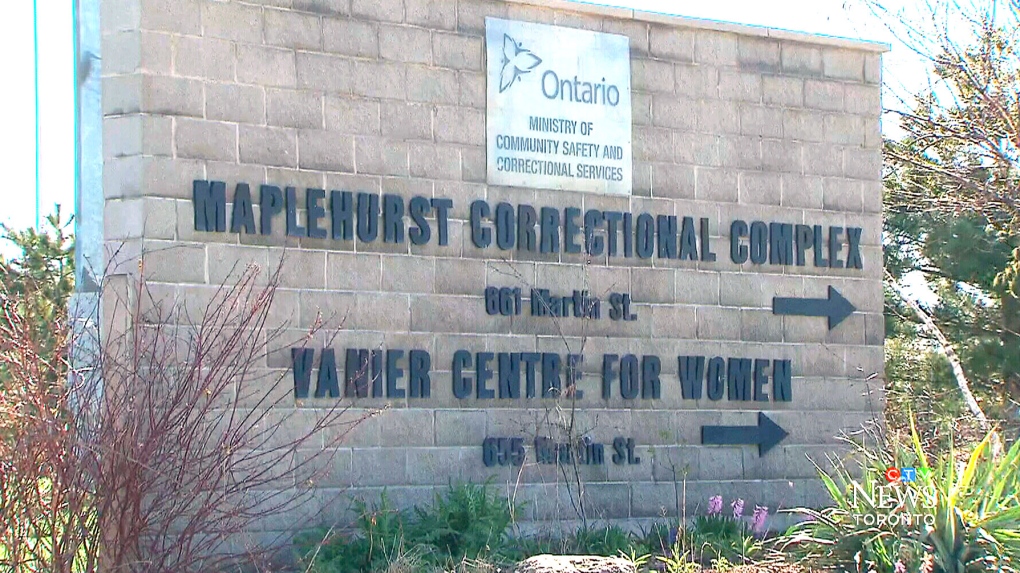 TORONTO -- A COVID-19 outbreak at Maplehurst Correctional Complex in Milton has resulted in at least 90 positive cases and the union that represents workers at the jail is now calling for a pause on the admission of new inmates.

He said that dozens of other staff members are also at home self-isolating.

Figliola said that given the size of the outbreak, the union wants there to be a pause on the admission of any new inmates for the time being.

Speaking to CP24 Friday evening, Figliola said they had expected that the virus would get into the facility, especially because COVID-19 cases in the province continue to rise.

"We've done a really good job with keeping inmates in intake as they're admitted. If they were showing symptoms, putting them in an isolation unit. We've tried to stay on top of everything," he said.

Figliola admitted that they've struggled to curb the spread of the virus inside the facility and said it feels like they're "always behind the eight ball."

"It feels like we've always been chasing it, even with the contact tracing and all that stuff," he said.

"What's happening is, like, you find out about a positive case, but that positive case has had so many contacts in the two days before that it's really tough to get ahead of it."

In the meantime, Figliola said that asymptomatic workers at the facility are being tested for COVID-19.

In a statement to CP24, the Ministry of the Solicitor-General reported a slightly lower number of inmate cases with 68 infections.

"Any inmate that tests positive for COVID-19 is placed under droplet precautions and isolated from the rest of the inmate population while they receive appropriate medical care," a spokesperson for the ministry said.

The correctional facility has been locked down to allow contact tracing and prevent further spread of the virus, the ministry said. However, inmates are still allowed to use showers and telephones.

There were also 20 active cases at Thunder Bay Jail as of Tuesday.